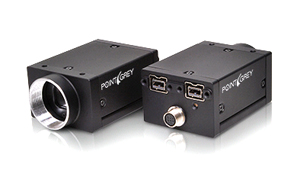 Following the successful release of the ICX674 used in the GX-FW-28S5, the ICX694 applies EXview HAD technology to higher resolution, multi-tap image sensors.  Compared to other CCD devices, EXview is known for higher quantum efficiency, reduced smear, and increased near infrared sensitivity.  The ICX694 is a full 1” CCD that features 4.54 micron square pixels and is capable of sending 2736 x 2192 images at 11 FPS.

The Grasshopper Express GX-FW-60S6M-C (monochrome) and GX-FW-60S6C-C (color) models are list priced at USD $3995 and are available to order now from Point Grey and its network of distributors.