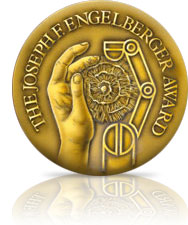 ANN ARBOR, Michigan, June 14, 2007 — The robotic industry’s premier honor, the Engelberger Robotics Awards, were presented to four leaders at the 38th International Symposium on Robotics, June 13, during the International Robots & Vision Show in Rosemont (Chicago), Illinois.  The awards recognize significant achievements in the areas of leadership, application, education, and technology development and are named after Joseph F. Engelberger, the 'father of robotics.'  Each recipient was presented the award by Robotic Industries Association (RIA) President, Trevor Jones, along with RIA Executive Vice President, Donald Vincent.

The 2007 Engelberger Robotics Award winners, by category are: 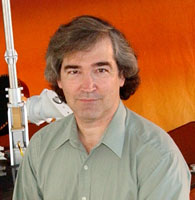 For over a decade, David Lavery led the National Aeronautics and Space Administration (NASA) Telerobotics Technology Development Program, with responsibility for content and direction of robotics and planetary exploration research efforts.  Under his leadership the program was transformed into a world-class robotics technology and systems development program impacting NASA flight programs, other government robotics projects, and the entire robotics industry.  Among the major products of Lavery’s research program were the Sojourner Mars rover, the first robotic rover ever successfully placed on another planet; a free-flying robotic camera used on the Space Shuttle; Dante I and II robotic volcano explorers; and the National Robotics Engineering Consortium (NREC), to transfer robotic technologies developed by NASA into the commercial robotics industry.  As Program Executive for Solar System Exploration at NASA, Mr. Lavery is currently responsible for two Mars Exploration Rover missions (2008 and 2009), the design and development oversight of the next generation of robotic Mars exploration spacecraft, the NASA Astrobiology Field Laboratory, and the Mars Advanced Technology Program.   He has published more than 30 technical papers on robotic systems and technology.  Lavery’s current professional commitment and involvement includes the creation of the NASA Robotics Alliance Project (RAP) to inspire K-12 students in robotics, a Fellow of the National User Group Advisory Council and the KISS Institute for Practical Robotics, and National Executive Advisory Board member of FIRST Robotics.

His pioneering work in the early 1980’s led to the application of first-generation industrial robots to arc welding tasks for the manufacture of agricultural products and heavy equipment.  Joining the Edison Welding Institute (EWI) in1986, Harvey Castner directs the Government Programs Office at the Institute.  He serves as Director of the Navy Joining Center (NJC), a Navy Manufacturing Technology (MANTECH) Center of Excellence at EWI.  He is responsible for the development and administration of R&D programs for the U.S. Navy, Department of Defense, and other government agencies.  Mr. Castner extensive experience in welding engineering and engineering management includes projects that encompass robotics, arc weld vision, automated inspection, and automated guided vehicle technologies.  His work involved robotic welding for shipbuilding, heavy equipment, and aerospace; adaptive arc welding systems; and design/implementation of weld vision systems for automated and robotic welding applications.  Castner has authored more than 30 welding-related technical articles.  He is an American Welding Society (AWS) Fellow and a member of the Board of Directors of AWS. 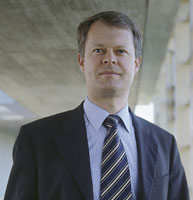 Martin Hägele has led the Robot Systems Department at the Fraunhofer Institute for Manufacturing Engineering and Automation IPA in Stuttgart, Germany for some fourteen years, and is a member of the Fraunhofer IPA Board.  In 1993, inspired by the book 'Robots in Service' written by Joseph Engelberger, he led the German study on the market potentials and challenges of service robots.  He was the project lead and supervisor of numerous outstanding service robot developments including a fuel-refilling robot resulting in a fully operational gas station and several generations of mobile robots developed for museums, shopping centers and home applications.  These path-breaking efforts were significant for the future of service robot applications.  Hägele coordinated many publicly-funded research projects to develop robot technologies for industrial and service applications.  He is currently leader of a large-scale European initiative for the creation of a new family of Small and Medium-sized Enterprise (SME)-suitable robots.  He has published more than 80 papers and book chapters, holds four patents and is editor of the journal Robotics and Computer-Integrated Manufacturing.  Mr. Hägele has been active in the International Federation of Robotics (IFR), particularly in service robot activities and the European Robotics Forum (ERF)/EURON.

For over 25 years, Bala Krishnamurthy has been designing and developing a wide range of software in programming languages, networked systems, and related technologies which have contributed to the growth of robotics.  From her early days at Unimation Incorporated, Ms. Krishnamurthy was a pioneer in the field of electric and hydraulic industrial robots.  She adapted the VAL language designed for the electric PUMA robot to the hydraulic Unimate robot and led the software design and development effort on Unimation’s third generation UNIVAL controller.  From the mid-1980’s to the mid-’90’s, Bala Krishnamurthy led the team that developed the software that allowed completely autonomous courier robots to navigate throughout hospitals, a mobile research base, and a 3-D range sensor at HelpMate Robotics Incorporated.  She also designed algorithms for multi-robot coordination and control and supervisory control for a 21-axis Robotic Transmission Line Rover developed for the Tennessee Valley Authority.  In 1997 Krishnamurthy founded Aeolean Inc., a company specializing in the design of custom software solutions for high-tech applications, and serves the company as CEO.  She has designed systems and software or led technical efforts resulting in such products as a floor cleaning robot, a communications system on a multi-robot platform, and next generation robots for a European manufacturer.  Krishnamurthy has authored over a dozen technical articles and reports and was a member of NASA’s Office of Exploration Systems (OExS) research proposal review panel for Human and Robotic Technology (2004).  She is the first female recipient of an Engelberger Robotics Award.

Joseph F. Engelberger, the awards namesake, said of the 2007 award winners, 'This year’s award recipients have made outstanding contributions that have increased the use of robotics worldwide.  Their innovations and perseverance have led to the use of robots in new ways, in educational curriculum, and have made it possible for companies to gain a foothold and prosper in the global economy they compete in.  These leaders exhibit the pioneering spirit I envisioned for the Engelberger Robotics Awards and I am pleased to recognize this distinguished group of honorees on behalf of RIA and the Industry.'

Donald A. Vincent, RIA Executive Vice President, said, 'The 2007 winners continue the tradition, which spans more than 30 years, by the previous award recipients.  They have all significantly advanced robot technology and systems in their respective fields, and have left their mark on robotics and the industry. RIA is pleased to recognize these four international leaders with the prestigious Engelberger Robotics Awards.'

The Joseph F. Engelberger Robotics Awards are presented annually by the Robotic Industries Association.  Each award winner receives a $4,000 honorarium and a commemorative medallion.  Since its inception in 1977, the award has been presented to 105 innovative individuals from 16 countries.

RIA is now accepting nominations for the 2008 Engelberger Robotics Awards, to be presented in Seoul, South Korea, during the 39th International Symposium on Robotics in October, 2008.  For more details about the award, or to submit a nomination, contact RIA Headquarters at 734/994-6088, or visit www.robotics.org.

Note:  Photo files of the Engelberger Robotics Award recipients and award medallion are available on request.