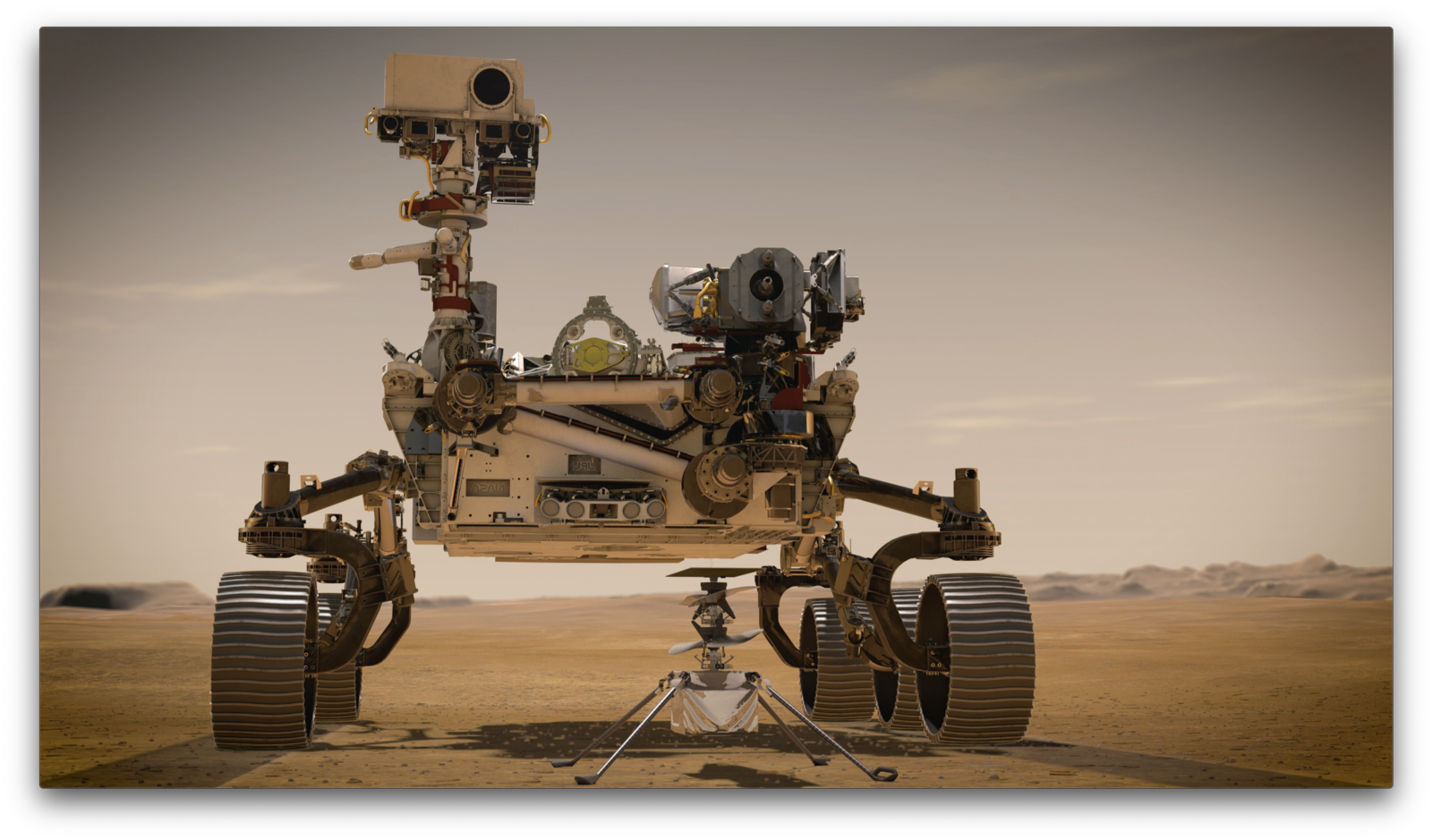 NASA’s Perseverance rover will be landing on Mars on February 18th. Was there once life on Mars?

This is the question that one of the most complex robotic systems ever built by humankind has set out to answer. Several of maxon’s electric drives are used for handling the soil samples—and to control the first Mars helicopter.

The excitement is almost palpable: Will NASA, the US space agency, successfully land a fifth rover on Mars, allowing it to start its series of missions to bring Mars soil samples back to Earth? The rover named Perseverance will enter the atmosphere of the Red Planet on February 18th—after traveling a distance of more than 470 million kilometers.

If everything goes according to plan, Perseverance will land in the Jezero Crater, which was once filled with water, to search for traces of earlier life. The rover looks a lot like its predecessor Curiosity, but it is equipped with more sophisticated measuring instruments and systems. One of its tasks will be to take up to 30 soil samples, place each of these in separate containers, seal them and place them on the surface of Mars for retrieval and return to Earth by later missions in which maxon will also be involved. This “Mars Sample Return” project is by far the most complex series of missions in the history of unmanned space exploration.

NASA’s Jet Propulsion Laboratory (JPL) is responsible for Perseverance and is counting on technology from maxon to handle the samples. There are ten electric drives in the rover. These are responsible for moving the robotic arm that navigates the samples from one station to the next. Additionally, the motors are used for sealing the containers and placing them on the surface of Mars.

Just like the more than 100 existing maxon drives that have been reliably performing their duties on Mars, the motors for Perseverance are based on standard catalog products: specifically, nine brushless DC motors, the EC 32 flat and one of the EC 20 flat motors combined with a GP 22 UP planetary gearhead. The engineers at maxon closely collaborated with the specialists at JPL for several years to modify and extensively test the drives. After all, a lot depends on the drives functioning properly. Robin Phillips, Director of maxon’s SpaceLab, says: “We are involved in absolutely critical applications. If the robotic arm on which our BLDC motors are mounted doesn't move, or if the gripper doesn't work, then the mission will be a failure.”

maxon is also on board the first Mars helicopter

A drone helicopter called Ingenuity is attached to the underside of the rover. Ingenuity is destined to perform the first ever flights on Mars in the history of space exploration. It is solar powered and weighs only 1.8 kilograms. Six brushed maxon DCX motors with a diameter of 10 millimeters control the tilt of the rotor blades, which determines the direction of flight. The drives feature high energy efficiency, are dynamic and very light. “In the development phase, we performed extensive tests to make sure that the motors will work as intended under the extreme conditions on Mars,” says Florbela Costa, project manager for this helicopter at maxon.

With this experiment, NASA wants to test the concept for future drone flights. Flying on Mars is a challenge. The atmosphere is extremely thin, roughly comparable to the conditions on Earth at an altitude of 30 kilometers. The first drone flights are scheduled for May.

Space applications only constitute a small portion of maxon’s orders, but the high requirements push maxon to the next level. This is evident in the increased quality standards, as well as new testing methods and processes, which in turn also benefit customers in other areas, such as medical technology. “Apart from this, such space missions are simply incredibly fascinating,” says Eugen Elmiger, CEO of the maxon Group. “Time and time again, I feel honored and proud that our drives are used in these technically groundbreaking Mars missions.”

For additional information, please contact us at info.us@maxongroup.com or 508-677-0520.

Configure high-speed drives from your sofa

More than 100 square meters of high-tech

Trusting the Next Step