Welcome to the Simulation 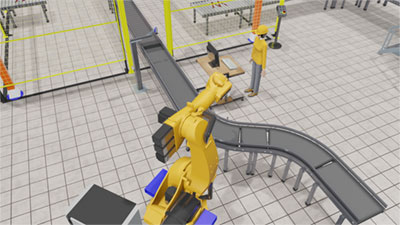 Modern manufacturing lines involve a complex mix of humans, automation, machines, sensors, and IIoT devices. The process of developing new lines or upgrading/optimizing existing systems means taking a series of important technical and budgetary decisions, from the amount and type of equipment required to its interoperability to determining the most effective production layout. And that’s before factoring in all the programming costs.

Users can mix and match different components and then watch to see how they will perform in the real world. For companies this means improved risk management, reduced engineering downtime, and optimized automation performance.

Automation is far simpler than it looks, if you use the right components, says Albert Nubiola, CEO at RoboDK, an offline programming and manufacturing simulation software specialist company with offices in Canada and Europe. 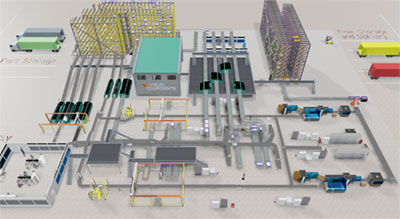 “A lot of people are very scared of automation. They worry about the size of the investment. And they worry about having to hire expensive integration specialists for every step of the journey. But that’s not the case. You can get started with automation just using simulation software and a few tools. Then you start building confidence,” says Nubiola.

Equipment can be very expensive so being able to simulate the line and determine whether you need two CNC machines, for example, instead of four can make a huge dollar difference, says Brandt Cotherman, Simulation Engineer at Visual Components USA, a leading developer of 3D manufacturing simulation software.

Visual Components software allows users to create an entire factory production system from its library of components. For further customization, users can create their own components using 3D geometries built from scratch, imported CAD data, or modified versions of the built-in library components.

“We typically work with machine builders, integrators, or manufacturers with an engineering team that’s trying to improve their line or create a production line for a new facility. They can create detailed prototypes of a line that includes product going through, human resources walking by, and robots moving. Then they can view their idea in an animated video simulation,” explains Cotherman. 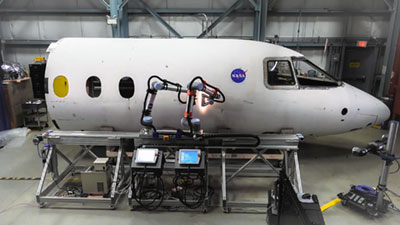 In effect, offline programming software means anyone can create code for industrial robots quickly and easily using intuitive graphical interfaces - without knowing a line of robot code or having to touch a teach pendant.

One of the most attractive aspects of offline programming and simulation software for customers is the comfort of being able to sit in an office and test automation ideas, says RoboDK’s Nubiola.

“Offline programming enables you to create a proof of concept on your computer while the software automatically takes care of collision avoidance and singularity avoidance. If you cannot make the part in simulation, you can’t make it in real life --and vice versa,” says Nubiola.

The original idea behind RoboDK (short for Robot Development Kit) was to make robot programming accessible to all in a single environment. 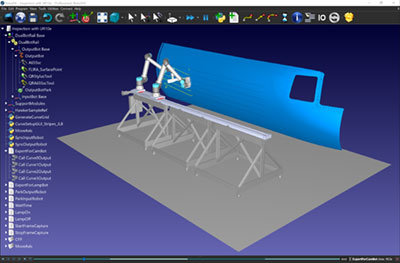 “RoboDK provides a unified platform that enables you to program all robots the same way. With the RoboDK API you can also use versatile, modern programming languages such as Python or C#. You can program all robots using our instructions. And our post-processors handle the specific syntax that’s required by the robot controllers,” explains Nubiola.

For more advanced users, the software provides an Integrated Development Environment, which can be used with any text editor that supports Python and allows access to all the debugging features of Python from free to paid versions. RoboDK can also automatically generate code to accommodate product variations and customizations, all of which is designed to simplify the automation deployment process.

“One of our customers is a shoe manufacturer. Using RoboDK, they just have to program the routine for one shoe, mirror it, and then input the required finished shoe dimensions and the software automatically generates the robot code for all the different sizes,” explains Nubiola.

The process of switching from one robot brand to another on an application requires just four mouse clicks adds Nubiola –and the software will automatically convert your old program code into code that’s compatible with the new robot.

“Mastering a new robot programming language can be a big learning curve. Offline programming allows you to create code for a huge variety of robots all in the same environment. And then export that code to each robot,” he explains.