Over at the FedEx repair facility in Collierville, Tennessee, robots stock office shelves, move items around the office, and process items back to their bot colleagues in New York. Human workers help them.

Industrial robots have occupied America’s workplace for more than four decades. In 2017, the Robotic Industries Association (RIA) estimated more than 250,000 robots had been installed in the United States. Then, those massive, heavyweight robot builds largely performed tasks such as welding, painting, or assembly from cages or isolated enclosures. Today, a smaller, safer and cheaper version of industrial robots, called a collaborative robot, works side by side with humans to protect humans from injuries or adverse health effects, like musculoskeletal disorders and falls. Collaborative robots, or cobots, also minimize human error.

At Procter & Gamble, for instance, “robots are integrated throughout the manufacturing process. In most cases these systems coexist with humans and other automation across the production lines. There are many tasks that people do very well, and we develop systems that leverage the best capabilities of humans, robots, and automation,” said Mark Lewandowski, the company's Robotics Technology Network Innovation Leader and a pioneer in P&G's use of robotics.

In a presentation at the International Collaborative Robots Workshop in 2016, Lewandowski described how P&G uses collaborative robots to automate tasks that are too complex or hazardous for humans.

So, for instance, “we use collaborative robots for unscrambling and loading parts into machines, case packing of finished products into cartons, stacking cartons on pallets used for shipping, doing repetitive tasks in R&D labs like pouring samples or loading test samples into testing equipment,” Lewandoski said. 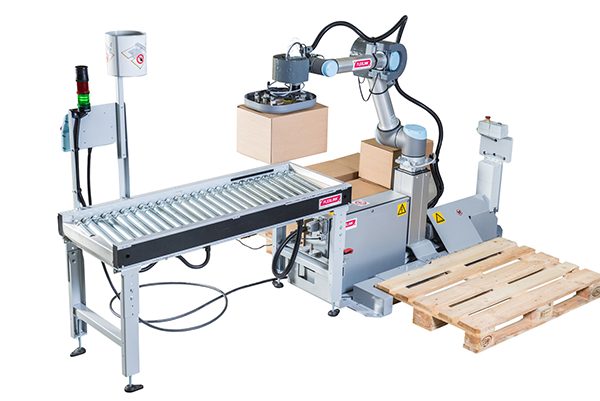 At FedEx, Relay robots help mailmen accomplish tens of thousands of deliveries as well as ferry goods around warehouse floors.

“Our motto with our team members is always that we are installing the robots because we want to keep you as FedEx team members,” said Aaron Prather, Senior Advisor for the Technology Research and Planning group at FedEx. “We generally utilize robots for tasks that are repetitive. Our pick and place robots, for example, replace very dull induction jobs, and our autonomous tugs replace the dull and sometimes dangerous job of driving a vehicle around and around in a facility.”

In that capacity, robots produce fewer errors than humans typically do when accomplishing that same repetitive tedious work.

In other instances, collaborative robots fill jobs left vacant by human beings, as in a furniture company in remote Massachusetts, where employees conceded it was cobots that helped them survive after their business failed to find enough humans who wanted to do the work.

Robot collaboration rather than job elimination

Companies like FedEx or Procter & Gamble focus on uptraining, or upskilling, employees to collaborate with robots rather than to eliminate jobs. The most successful programs combine in-house training with online education platforms and community colleges. Those are similar to initiatives offered by P&G that “leverage internal training, external training, and on the job experience to “up-skill” workers and technical resources who interact with advanced automation and robots,” said Bollinger.

“FedEx, too,” Prather mentioned, “is committed to investing in our team members’ education and career advancement to equip them for the jobs of the future.”

Team members who volunteer to become Robot Team Leaders will either attend vendor training sessions or internal FedEx classes that teach them the basics on robot operations and safety. We are continually re-evaluating our training resources to ensure that our existing workforce is prepared for these new roles as we increasingly incorporate robotics and automation into our operations.

Amazon brands its uptraining programs “kind of like grad school” and calls them its “free university.”

Other tips for successfully integrating robots and humans include leaving the purposeful tasks to humans, while letting robots perform the more mundane or hazardous responsibilities. Attorneys from Lexis Practice Advisor also recommend that managers incorporate policies and procedures to help humans and robots harmoniously collaborate.

Robots will not replace all our jobs. Studies that include the McKinsey Global Institute report note that jobs that involve social intelligence, dexterity, or creativity are best suited for humans, as are those jobs that have a high level of unpredictability and that operate in cramped quarters. And, naturally, it’s us humans that supervise, train and fix our machine colleagues. Otherwise, it’s a symbiotic relationship, where humans and robots hand materials and parts to one another and labor alongside accomplishing their tasks.

“Innovation is part of our DNA at FedEx and our team members have quickly adapted to increased robotics and automation as part of their jobs.” Prather said. “Team members have even named some of their robots and new members are taught how to properly treat them. The teams that work daily with our robotic installations have grown to see the robots as an extension of their team.”

CTI will Be Speaking at VPPPA Conference on Robot Risk Assessments

FedEx Installs Four Parcel Handling Robots from Plus One Robotics

Are You at Risk of OSHA Citations for Robot Safety?