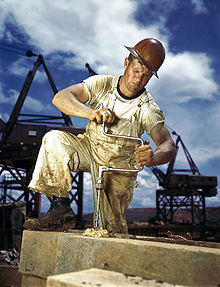 The precision, speed, and flexibility provided by motion control technology can revolutionize processes -- both literally and physically. Changeovers that previously required hours or even days become a matter of a mouseclick. The added precision can provide multifold increases in throughput, and smart components can simplify maintenance. Whether to convert to the technology is the easy question to answer. The tricky part is how: rebuild, or buy new? It's not a trivial question to answer and the wrong decision can wind up costing time and money while failing to deliver the anticipated results.

As with any major capital investment, making the decision whether to rebuild or buy new requires a thorough analysis. The first step is to assess the situation and the application. One way to think about a machine is by dividing it into two parts: the mechanical elements and the actuation systems that drive the mechanical portion. What is the incumbent actuation technology? How is it failing to perform? Do mechanical elements perform to expectations? There's a big difference between a machine that jams frequently, for example, and a machine that works flawlessly but has begun demanding increased maintenance.

The mechanical aspects of a machine contribute significantly to performance and can represent an appreciable portion of the overall cost. If the unit performs effectively and reliably, if operators and maintenance staff are comfortable working with it, the asset owner may have only tolerate a few more repairs to keep a machine that works well. As time goes by, however, replacing components may no longer be an option -- obsolescence may make parts unavailable. At this juncture, owners need to decide whether to invest the money in rebuilding the machine or whether to start fresh.

A bird in the hand…
In many instances, rebuilding might be the most economical, effective avenue to increase performance, reliability, or lifetime. “There are a lot of different dynamics that come into play when you start comparing rebuilding versus buying new," says Randy Molen, Technical Sales Manager at machine builder R.A. Jones Inc.  “I've had some customers tell me that as long as a machine is out there to rebuild, they would prefer that over new. They know and understand the machine and it's an asset that has already paid for itself.” The chassis and mechanical elements of a well-built machine can last for decades. Most often, the actuation elements, including controls and electronics present the problem. With a rebuild, engineers can replace hard-to-maintain components with more current technology. “These machines tend to be 20-plus year equipment,” he adds. “If it has run well for the last 15 years, a rebuild or refurbishment is a good investment for them to keep it running with current technology.”

A top-to-bottom refurbishment runs roughly half the price of a build from scratch. Capital outlay represents only a portion of the entire cost, however. A full tear down and rebuild of a moderate sized machine might take four to six months to complete, during which time the machine must be decommissioned. As a result, one of the most common opportunities for a machine rebuild occurs when an asset is being moved from one facility to another. R.A. Jones routinely performs retrofits ranging from simple refurbishment to complete restorations from the frame out, including new intake and outtake modules. 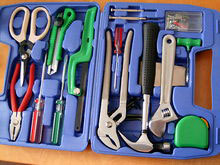 New and Improved
Retrofitting may seem like a good way to keep a tried-and-true machine and save money, but there’s always a level of risk. Adding new masses operating at different velocities can introduce mechanical resonances that can compromise performance. Subsystems that were not scheduled for work may exhibit wear. Even worse, they may not perform to the standard of the newly installed components so that even though they are in fine shape, they still require replacement.

Space can present another problem. A basic tenet of machine design is to minimize footprint. Certain technologies lend themselves to this. A pneumatic compressor, for example, can be located well away from the actual axes of motion. As a result, the space left behind after the removal of just a pneumatic cylinder may not provide enough room for servo motors and drives, particularly if the solution requires an external gearbox. Depending on the design, external cabinets can house drives and controllers, but long cable runs can add points of failure that mitigate the benefits introduced by motion control reliability.

Few machines operate in isolation. Most often, they are integrated with upstream and downstream processes. That 15-year-old machine that's a candidate for rebuild may not work as a rebuild at all if it can no longer perform in the context of the line. "Say you've got this really old machine that's in the middle of an integrated line,” says Ed Nicolson, Senior Director, Development, Yaskawa America Inc. (San Francisco, California). “It's worked really well but you can't get replacement parts anymore, so you need to do a rebuild. It's kind of like doing a remodel on your house. You start taking things apart and suddenly you don't know when you're going to stop. The biggest challenge is bounding the problem. It's the same thing here -- if you start changing too many parts in the system, your up and downstream processes can be impacted and the project scope can get out of hand."

Although the desire for increased throughput often prompts retrofits, it is important to remember that no matter how good an existing machine may be, it has a limit on top speed. “You could say I love the way this machine runs, I just want it to run 20% faster," says Nicolson. “You put new drives, high-performance motors, and everything on there and next thing you know the whole machine falls apart because mechanically it can't take it. You might put all that money into retrofitting and not get where you want to go.”

On occasion, the cost of retrofitting even a top performing machine may simply be too high. Swapping out motion elements to get the required degree of performance presents one cost. Depending on how old the machine is, refitting it for safety compliance can present another. The degree of change is a third. "If you're totally changing the packaging format, it may not make sense to rebuild,” says Molen. "We've converted machines to run totally different packages than they were originally designed to do but that may not always make sense to do that.”

Ultimately, the value of the retrofit approach comes down to understanding, specifying, and defining the scope of the problem. “I think in any project like this, you want to bound it when you get started and say we're going to touch this portion, and that's going to be the extent of it," says Nicolson. "If we start to go outside of that that we have to step back and rethink whether we are really going to achieve our objectives.”