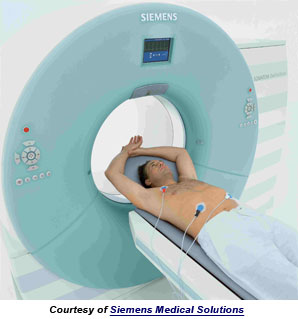 Motion control has long been a staple technology for the manufacturing and packaging of pharmaceuticals and healthcare-related disposables. These days, however, motion control is also moving into the patient care room via point-of-care and diagnostic machines such as CAT scanners, MRI machines, and radiation imagers for medical diagnostics and therapeutics.

Applying motion control to patient care presents some challenges, but not necessarily in the ways you might expect. Operating a magnetically-driven motor in the substantial magnetic field of an MRI machine, for example, isn’t really much of a problem, says Andrew Sobieralski, Midwest business manager for the U.S. division of Swiss motion specialist, Infranor Inc. (Wilmington, Massachusetts).

Similarly, operating a motor in the radiation environment of a CAT scanner or a machine used for cancer therapy is straightforward. “In the radiation dosage machines, they’re actually using standard manufacturing motors,” says Sobieralski. “They are in a radiation field, but it’s not adverse to their operation.”

Reliability and Redundancy
Of course, anything medical means dealing with the Food and Drug Administration (FDA). Safety and reliability are paramount. An encoder failure could lead to a runaway servo, for example, potentially endangering the patient. “There’s a lot of built-in redundancy and double-checking,” Sobieralski says, citing methods for avoiding runaway servos. “One approach would be to have two encoders, perhaps one in the motor, one external to the motor and they’d be comparing each other.”

Infranor has also worked on servos with dual brake assemblies. “With a permanent magnet motor, if you shunt out the armature, that gives you one degree of braking,” he notes. “In addition, there are electromagnetic holding brakes within the motor, two of them, actually. If something should fail, it’s redundant, for the patient’s protection.” 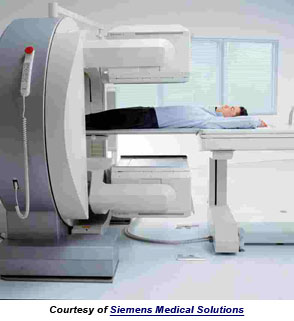 Actuator specialist Kerk Motion Products Inc. (Hollis, New Hampshire) produces lead screws that are used in patient fluid handling systems, such as home insulin delivery units. “We do a lot of applications relative to things like blood [handling] and insulin shots,” says applications engineer Scott Frederick. “There are very good opportunities for these types of applications within medical markets.”

Redundancy, however, is key. “There might be areas where the screw can’t bottom out, so companies will put electrical circuits there where it catches, say end of travel for a limit switch, or you could put a slip-clutch style design in there so the screw just rotates [once it passes the end point], so it won’t cause any damage if it does go past.”

As far as dealing with the FDA itself, that particular headache falls more in the lap of the machine builder than the components vendor, although they do get involved in internal lifetime testing and failsafe testing. Getting specced in to a machine accordingly brings with it a certain amount of supplier security because it’s expensive and time consuming for the machine builder to go back through the qualification process.

Sobieralski characterizes the diagnostic and therapeutic applications as otherwise being relatively undemanding in terms of performance. “The applications themselves are rather generic,” he says. “They just need to position the sensors to a new location for imaging. The reliability and traceability of repairs and such is what is paramount for medical.”

Smaller, Faster, Cheaper
Motion control is moving into point of care in other ways as well, via a trend toward converting mechanical and pneumatic tools into electronically driven units. “There’s quite a bit of motion control going on in high speed servos for handheld tools,” says Sobieralski. “They’re doing surgery by remote control, and of course that’s also servo controlled. In dental equipment, they’re now using motors instead of pneumatics.”

“We’ve definitely seen this trend as well,” says Ted Severn, director of sales and marketing at MicroMo Electronics/Faulhaber Group (Clearwater, Florida). “That’s very common in Europe already. Most of the dental devices there are already electrically powered, versus the United States, where traditional dental drills are pneumatic.” That means there’s a substantial market out there waiting to be served.

This move toward more broad applications of motion control places a number of demands on component and system design and performance. Miniaturization is one. Motion systems capable of fitting in an operating room, dentist’s office, or examination room must be compact. The requirement goes in spades for portable devices. A spec formerly requiring a 10-mm motor may now call for an 8-mm or even 6-mm device. The problem is that the motion requirements of the application remain the same.

“People are demanding smaller, more efficient packages with the same performance,” says Severn. “The challenge is to optimize the motor. You do that by using more powerful magnets, by optimizing the winding and by narrowing the air gaps, while at the same time trying not to use too much current and drain the batteries down too quickly.”

Which brings up another design tradeoff: efficiency. Portable devices are generally battery powered. The need to maximize battery life requires a systems level approach. “The trick in designing motion control systems is to optimize the efficiency of the entire system at the operating point,” says Severn. “You have to take a look at the maximum efficiency you can get out of the motor and the gearhead and combine that with the type of materials you’re using. Do you need to use a lead screw? Can you use a ball screw instead? You have to take a look at the efficiencies of each of the components of the system to develop an overall system efficiency and maximize it. In order to do this, all of the components that make up the system need to be analyzed and specified for maximum operational efficiency.”

Disposable Motion
Another trend afoot for device manufacturers is disposability. It’s worth noting that disposables have long been the two-ton gorilla of the medical market. A cotton swab may only cost pennies, but multiply that by the millions of swabs used and discarded every day and, well, you see the value proposition.

Most medical procedures necessitate some degree of contamination. In the case of mechanical or pneumatic systems, components used can be tossed in an autoclave and sterilized. That’s not so easy with electronics. The idea is to produce small, cheap components than can be used once and tossed. “We’re seeing this in laparoscopic surgical devices, medical pumps, things that can be used and thrown away because once you do that you get away from the need to sterilize it again,” Severn says. “We start with a mechanical device that is totally disposable. The idea is to take that device, motorize it and still have that completely disposable functionality.”

At the design stage, the question is how much of a device will be disposable versus non-disposable. In this model, the more that can be used once and tossed out, the better. Of course, the tossing away part raises environmental issues. The European Union, for example, has passed a directive on Waste Electrical and Electronic Equipment (WEEE) that places the responsibility for the ultimate recycling and disposal of electrical products on the manufacturer. That means the vendor becomes responsible for the recycling of the electronics from those disposable laparoscopes, for example, and the design challenge goes from just building the widget to building it in a way that streamlines WEEE compliance.

Modularity provides a partial answer. “At MicroMo, we’ve traditionally supplied a motor-gearhead combination,” Severn says. “Now we’re being asked to take a look at the electrical packaging as an entire unit, so that when the surgery is over, you can essentially take that electrical unit out and recycle it.”

Challenges still lie ahead in this growing area, but the resultant components and the design techniques learned may not only guarantee success in this area but open up still more applications for motion control technology.