Today, manufacturers of imaging sensors are responding to two competing forces: a desire for larger sensors to provide greater spatial resolution, and the need for improved quantum efficiency for applications ranging from astronomy to flat-panel inspection.

When it comes to larger spatial resolutions, consumer products such as cell phones continue to drive sensor manufacturers to develop new generations of larger sensors for the same cost or less. Many of these megapixel advances in array size have come with an associated reduction of pixel sizes, giving cell phone marketers the material they need for the sales pitch. However, larger sensors have not correlated with similar improvements in image quality as pixel size shrinks below the diffraction limit of low-cost cell phone optics, and smaller pixels often have to be binned together to collect sufficient photons for a usable picture.

These trade-offs run counter to the needs of industrial and scientific customers, who seek more pixels and better light collection and image quality so they can run their production lines faster or acquire images of dynamic biological events or faint stars in far-off galaxies. In response, sensor manufacturers are moving toward larger sensors that maintain pixel size while allowing for larger arrays, as well as new scientific CMOS (sCMOS) cameras that offer the image quality approaching traditional high-end CCD sensors with the speed of CMOS.

From Flat Panels to Scientific Imaging

“A lot of people have a bias to thinking increased megapixels alone equates to greater image detail,” says Chris Cegelski, a consultant for the imaging industry “There are 16 megapixel CMOS consumer cameras that sells for $79, while in the Industrial market you will find 16 megapixel CCD cameras that sell for over  $30,000. For industrial and scientific applications, suppression of noise, number of bits per pixel (greater contrast range), quantum efficiency, black noise subtraction and lack of any digital artifacts are primary considerations apart from increased megapixels. And the painstaking engineering behind those factors is the huge difference maker between consumer and industrial cameras.”

According to Cegelski, flat panel inspection, aerial imaging, R&D and scientific applications are driving the development of high-performance, larger sensors arrays. “When you’re looking for microscopic flaws in a 70-inch TV monitor, you can’t have any defects in your image whatsoever or you may have to stop the production line for re-inspection; and time is money. Some manufacturers inspect high resolution displays using multiple cameras, or a single camera, stitching together an image that provides the detail required, but this takes time. You can run your production line faster if you can acquire the same level of detail across larger flat panels in a single image with a higher resolution sensor.”

Large pixel sizes allow a CCD or CMOS sensor to gather more photons over the same period of time, but designers must increase the size of the sensor to maintain the same spatial resolution. Consumer sensors have achieved larger sensors by shrinking pixel sizes. However, to maintain image quality for high-end imaging applications, industrial and scientific sensor makers began to move to 1-in. sensors ten years ago with the Truesense KAI-4010, followed by the Sony ICX814 sensor a few years later. This trend has continued with 1-in. CMOS sensors from CMOSIS; other vendors have followed.

“One-inch CMOS sensors were first used in high-end Camera Link cameras less than two years ago,” explains Max Larin, CEO of XIMEA GmbH (Münster, Germany). “The first USB3 Vision camera, our MQ042, was released earlier this year and has been used by a number of astronomers because of its high resolution, which enables software binning for higher dynamic range in low-light applications and the high data rates afforded by the USB3 Vision standard. While high-end astronomy and light science applications will still need deeply cooled sensors with large pixel sizes, the latest generation of CMOS sensors offers a cost-effective alternative for many low-light applications.” 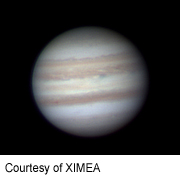 Today, CCD sensors (especially electron multiplication, or EMCCD sensors) offer less dark noise and higher useable dynamic range than CMOS sensors for low-light imaging. Low-light imaging is useful for scientific applications in microscopy and astronomy because of the dearth of available photons per pixel. But low-light sensitivity is also useful for high-speed industrial applications where light is plentiful but exposure times are so short that only a few photons are absorbed by the pixel’s active area.

“CMOS imagers are the future,” continues Cegelski. “Until recently, CMOS fabs have focused on manufacturing sensors to less demanding, higher volume markets such as cell phones. But steady improvements to CMOS technology is driving demand for high resolution, low-noise CMOS sensors like the Truesense [KAC-12040] 12 megapixel, which offers outstanding quality, and making inroads to the industrial market.”

sCMOS: Best of Both Worlds
CMOS sensors, which can read out all pixels simultaneously versus by row for CCD sensors, can operate at much faster frame rates but typically offer less dynamic range than CCD sensors. However, new sCMOS sensors overcome CCD’s dynamic range advantage by limiting dark noise and using two analog-to-digital channels per pixel: one optimized for low-light levels and the other for high-light levels. By combining the output of both channels, sCMOS offers read noise below the 5 electron limit and dynamic ranges above 80 db with minimal cooling. Only EMCCD cameras can offer lower noise levels, but with significantly reduced frame rates.

While sCMOS cameras still come with a premium cost, the options are expanding for scientific applications looking to image dynamic events requiring higher frame rates than are available from traditional CCD sensors. If sCMOS cameras can cost-effectively operate at below 5 electron noise levels at room temperature, the CCD sensor may be as rare as capturing the first moments of supernova.