Despite the global downturn, the medical device market remains strong.

During a time when other industries contracted by 20 to 25%, the medical technology market shrank by a mere 3%, say analysts at Emergo Group Inc. (Austin, Texas). Just because the market is hot doesn't mean it's any less competitive, however. Every company in the space is striving to produce smaller, lighter, more efficient products that cost less, and get those products to market as quickly as possible. To succeed, engineers should use smart design principles, educating themselves on the range of technologies available, and tapping the expertise of supply-chain partners to streamline the prototype-to-market process. 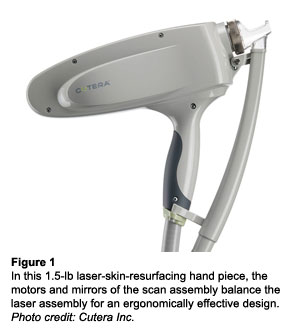 Modular simplicity
Medical products can range from laser skin resurfacing handsets to 45-axis automated analyzers that can perform 170 different lab assays at 1200 samples per hour (see figure 1). Although centralized control might seem appealing for large instruments like the latter, it can create problems, says Donald Labriola, president of QuickSilver Controls Inc. (Covina, California). “As you get beyond a certain number of axes, you're starting to push the drive capability of the buses,” he comments. “Then you're trying to get all the cabling out of these boards, into backplanes, and out to where they're being used. You end up with multiple interconnects per signal.” Cabling is the single biggest point of failure in motion control, and interconnects are no different. A centralized design might require double or triple the number of connections of a distributed control architecture.

Troubleshooting faults in centralized, overly integrated machines can be a challenge. Labriola describes a complex laboratory blood-chemistry analyzer with centralized control and shared power supplies. “A clamping diode on a solenoid on one portion of the system got crushed," he says. "That was throwing spikes on the 12 V system and injecting noise into an analog part of a whole different subsystem. We were trying to troubleshoot [that fault] when the source of the problem was nowhere near where the result was reflected.” The fruitless search for an error can be time consuming, expensive, and most of all, frustrating.

A better approach is a modular design that breaks a machine into subsystems, each of which operates on a power source that is independent, filtered, and monitored to prevent propagation of high-frequency signals. If communications takes place over optical fiber, that eliminates ground loops and noise issues. “The idea is to put the mechanical, electrical, and software boundaries all at the same point,” says Labriola. “Your chances of having unknown interactions are a lot lower. You can test each subsystem as a unit.”

The approach makes troubleshooting a breeze and simplifies design. Encapsulation of system information at lower levels also aids in rapid prototyping as optimization experiments can vary parameters in separate subsystems independently. Basic modules can be reused, amortizing the non-recurring-engineering hours over multiple projects. Modular design with distributed architectures also provides benefits in terms of cost, weight, and footprint. Instead of wiring leading from each component to a backplane, components are daisy-chained, reducing cabling and component tray by as much as 40%.

Large systems like assay machines need to be shipped in sections to fit through doorways and elevators. A machine like the one described above is far easier to partition if the controls and motors go along with the systems they support. The individual modules can be placed on kinematic mounts for alignment. With the connection of a small number of interfaces, the machine is ready to go.

Smart design goes beyond the centralized/distributed debate. Companies need to not only use an efficient architecture; they need to leverage the background of their vendors to help them make up the right choices when it comes to manufacturing. “Companies that sell medical devices can be myopic in their approach,” says Gus Geil, applications engineer at MicroMo (Clearwater, Florida). “They start brainstorming their gizmo. They know what their device needs to do but they have no idea how to make it and they waste valuable man-hours trying to come up with their first prototype.”

One approach can be to grab a catalog and start ordering what ever is small and cheap, ignoring their suppliers beyond a cursory discussion. That can prove to be a costly mistake. Vendors have a deep experience base and knowledge of technologies available to solve the problem at hand. “If they just stay focused with their own internal team, they're missing out on a huge amount of help that vendors can bring to the table, not only to design efficiently but correct quickly so they can get on to their clinical trials and FDA approval,” Geil adds. The faster a device can get through clinical trials and regulatory approval, the sooner it can be on the market making money. “We spend a lot of time trying to help people examine their needs and talk to them about the entire vision that they have for this product. Too many engineers focus strictly on performance and they fail to examine what else is important in the application, which goes way beyond the initial design discussion.” 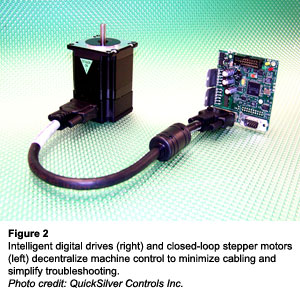 Hardware Flexibility
Before the design phase, or even vendor discussions begin, the engineering team needs to be clear on what is trying to accomplish and the constraints that creates. They should know requirements for lifetime, duty cycle, torque, and speed. They should detail ambient conditions such as temperature, shock, and vibration. The hospital environment is not like a factory floor or the interior of a rocket engine, there is little vibration. A handpiece or an instrument on a rolling cart, however, may be regularly subjected to significant shock. The OEM needs to be able to specify these requirements for their vendors.

Choosing the right hardware is important. Despite the emphasis on compact devices, smaller isn't always better. A 6-mm motor, for example, might not provide the balance required to make a handpiece ergonomic. “I might point them toward a 12 mm motor,” says Geil. “It will save money, because of the size and so forth. It will fit in the handpiece better and it will be easier to work on.”

Rather than using traditional low-pole-count servomotors, Labriola prefers to build servo systems using closed-loop stepper motors (see figure 2). These devices give the reliability and torque density typical of steppers while offering improved control capabilities. The increased torque gives the QuickSilver team the option to eliminate gearheads (see figure 3). That further reduces cost and footprint as well as many maintenance issues..

It is important to be aware of all of the technologies that can be brought to bear on the problem at hand. “The traditional can-shaped rotating motor [brushed and brushless DC] is not the only thing out there. There are other options, including linear motors, and even piezoelectric positioners," says Geil. “Companies should talk with their suppliers and find out what they think the best solution is. We might say, ‘Yes that motor will work but based on what we just talked about, you may want to think about using flat brushless motors that can interface  directly onto your PC board. It'll save you a lot of space, be low-profile, etc.’” That change could alter the entire form factor of the design in a way that the team has not considered but may be of interest to them.

Choice of brush material is another degree of freedom that can be useful in medical designs. Precious metal alloys such as silver, gold, or even platinum provide lower contact resistance and lower electrical noise operation, while copper-graphite brushes ensure long life even under extreme load conditions. Although there is some overlap, precious metal brush motors are typically utilized in motors rated for at 10 W and below.

Although material matters, proper adjustment is key.  The amount of force applied between the brush and the commutator -- the brush tension -- has to be balanced. “You might want to go with a higher brush tension when you're operating at high-speed or in a situation where you could lose contact,” says Mike LeBlanc, applications engineer at MicroMo. “You want to avoid brush bounce because that creates increased wear and arcing.” It compromises the linear relationship between applied voltage and speed, current and torque. "Some not so good things happen when you start having brush bounce,” he says.

In addition to the topics we've discussed, the medical market faces some particular challenges. Liability is always an issue, particularly in patient-care applications. Another challenge is the long delay between design of the system and eventual regulatory approval for sale. With the fast turnover in semiconductor processors, for example, a chip that is designed into a prototype may no longer of it be available by the time the unit is ready to go into production. This concern provides yet another reason to avoid PC-based centralized architectures.

Of course, motors, drives, encoders, and so on can also be phased out. In medical device can remain on the market for seven or eight years after approval. To ensure supply, OEM manufacturers need to check with their vendors and potentially even put agreements in place to ensure an ongoing supply of components.

The advice for medical instrument and device manufacturers is simple: Design for test, communicate with vendors, and most of all, be aware of the technical options that will best serve the application. “In the world of semiconductor equipment or process equipment, there are a lot of solutions that will work,” says Geil “The opposite is true here. In the medical world especially, there really is a best solution.”