Whether the insights come from environmental sensors or from signal analysis, encoders with health monitoring capabilities can reduce downtime, speed maintenance, and improve overall company performance. 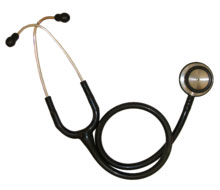 Motion control technology supports everything from autonomous warehouse vehicles to 300-part-per-minute beverage packaging lines, and encoders play an essential role. Without feedback, there would be no control in motion control. If a device fails or introduces error that causes the system to incorrectly track motion, at best it can squander time, and at worst it can cost big money. “A lot of encoders are a key part of the machine,” says Håkan Eriksson, marketing manager at Leine & Linde AB (Strängnäs, Sweden). “If they fail, they can interrupt the machine or the process. If you have a stoppage in a paper mill running at 1,500 pages per minute, that's easily $15,000 an hour.” This need to minimize failures and faults has driven increasing levels of interest in encoders with integrated sensors and health-monitoring capabilities.

“Failure used to be quite a common problem with encoders that didn’t have self-diagnostic capability,” says Brian Winter, Encoder Product Manager at Avtron Industrial Automation (Independence, Ohio). “They had a nasty habit of getting dust in the optical disks or having an error in the magnetic structures and they would, in effect, stutter.” Instead of providing separate A-channel output and B-channel output 90° out of phase, which is what a quadrature encoder requires to determine direction of motion, a faulty encoder might shift the phase or output two A-channel pulses. “The results could be disastrous on a machine because the drive as quickly as it can applies full speed the other direction. Imagine you were lifting a load and now you’re not,” he adds. “It can destroy any number of things.”

Detecting faults
The past decade has seen an increasing availability of intelligent components, and encoders are part of that trend. The simplest approach for condition monitoring is to use onboard intelligence like a digital signal processor (DSP) to run a set of tests algorithms to monitor signal quality. It ensures a good square-wave output with a 50-50 duty cycle. For a quadrature encoder, it can verify that the output from the two channels is 90° out of phase, as required. If the signal fails to satisfy criteria, it generates an alarm signal. The approach makes data gathering and analysis transparent to the user, who only needs to check an LED display for red or green lights. Of course, in these days of shop-floor-to-top-floor communications, systems typically also send an alarm signal directly to the PLC or motion controller, which can take a predefined action and also display the code on the HMI.

At the other end of the spectrum lie encoders with integrated sensors. Motors with integrated condition monitoring are widely available. The industry’s only just starting to augment encoders with temperature transducers, vibration sensors and more. Sensors can be used to monitor the health of the device itself, tracking environmental factors like overheating bearings or excessive vibration. They might monitor fluid flow in a component that is water cooled.

Particularly in these days of integrated components, temperature monitoring plays an important role in device lifetime. Most motors today have transducers to report the temperature of the windings, but for encoder health monitoring, the temperature of the encoder itself is equally as important. There was a time machine builders and manufacturers were quick to choose larger motors to minimize operating temperatures and ensure a longer lifetime. With the tight economy in the increased cost of rare-earth magnets, design teams now push motors to their limit to get as much performance as possible from them. The problem is that doesn’t just stress the motor, it also exposes the encoder to higher temperatures and levels of vibration making it important to track their performance. “The big motor bearings have no problem with the speed or the temperature but the tiny bearings of the encoder might have a problem over the life,” says Ludwig Schmidt, senior product manager at Dr. Johannes Heidenhain Gmbh (Traunreut, Germany). This is where integrated sensors could bring big value. Unfortunately, at present, encoders with bearing-monitoring capabilities are not available in the general marketplace.

Why health monitoring matters
Condition monitoring not only reduces downtime but it can make maintenance more efficient. One approach to maintenance is to run a component until failure, then replace it. This philosophy has the advantage of extracting full value from the component but it comes at the price of unexpected interruption in operations, which generally far exceeds the cost of the component. The more common approach is to schedule downtime based on the manufacturer’s recommendation, established for the average application under average conditions. The approach cannot eliminate unexpected downtime entirely but makes it far less likely.

On the downside, the scheduled maintenance plan can also result in healthy devices being refurbished or replaced prematurely; moreover, in the case of a 24/7 operation, any out-of-service period costs money. By applying sensor input to both understand the condition of the encoder at any given time and to more effectively account for the stress of actual operating conditions, users can avoid either type of excess downtime—the unexpected downtime introduced by failure and the unnecessary downtime introduced by arbitrarily scheduled maintenance. The insight delivered by sensor output helps maintenance teams keep the system operating at optimal efficiency. System, says.

Encoder diagnostics can also simplify troubleshooting. “In a lot of cases the drive or PLC will report an encoder fault but that’s really shorthand in the machine for telling you there’s something gone wrong between what the controller thinks the machine position or speed should be and what the reported position or speed is,” says Winter. The logical response would be to swap out the encoder, but that may not solve the problem. “What most encoder companies find is that about 50% of their returns, the ones without diagnostics, come back and there’s nothing wrong with them.” In a case like this, an encoder with condition monitoring would save time, money, and frustration. If the machine logs a fault, but the encoder indicators show that the unit is operating just fine, maintenance has already decreased the scope of the problem.

The increasing emphasis on safety provides another push toward condition monitoring. Encoders with health monitoring help machine builders and users comply with standards. “As Europeans, we are seeing more and more safety applications where you really need to rely on the encoder,” says Schmidt. “We do a lot to get this information to the controller, so that it can rely on what the encoder is telling it.”

OEMs are increasingly interested in using the encoder as a communications hub for other components in the system. Users would like to see more sensor capabilities as far as being able to gather more temperature data or install different sensors around the motor. A smart encoder set up with a communications bus can facilitate this process.

The best approach to use depends on the application, as well as the maintenance resources and skill level for the user. At the entry level, the system that monitors the encoder output stream and uses LEDs to indicate whether the system is operating properly may be all that’s required. A more sophisticated operation involving dozens of encoders and maintenance staff might benefit from greater visibility. “For the converter, I may just need my incremental encoder signals and temperature monitoring,” says Eriksson. “For maintenance staff that is following the status of the production or the different subsystems on the screens in a control room, that's where we see the opportunity for them to also access individual encoders, simply because they go to different systems.”

Whether to use a sensor-based or analysis-based device depends on the rest of the system.  An encoder can gather an enormous amount of data but if the controller doesn’t have the capability to use that data, it’s pointless. In such a case, the simple LED showing encoder status based on signal analysis is worth it because it provides useful information and it’s cheaper.

Of course, that approach also has a downside in that it’s only as effective as the response. “We have situations where customers have called us and said, ‘I have a red light on this encoder and it’s been on for about a month,’” says Winter. “When we asked them whether they checked it out, they tell us that the machine is still running. The encoder is trying to warn them that something is not within specification and it’s going to have problems. Obviously, we set our band of acceptable parameters much narrower than the input devices do so that we’re sure that we alarm people before there’s an actual fault that they need to schedule a downtime to check or replace the unit. But they do need to check or replace the unit.”

At this point in time, encoders with both types of health monitoring capabilities are available. Some of the more sophisticated approaches like monitoring encoder bearings have yet to be implemented in off-the-shelf devices. If that trend continues, encoder manufacturers will have to balance efficacy versus overload— after all, just because the technology is available doesn’t mean that a true business case can be made for it. One thing is certain, however, a true business case can be made for some degree of monitoring. The sensor capability is surprisingly affordable and can quickly pay for itself in terms of reduced downtime. “Some customers call them gimmicks and tell us they don’t need them but it makes encoder so much more reliable,” says Schmidt. It only takes one extended downtime to pay for the condition monitoring equipment. OEMs and end-users need those “gimmicks.” They definitely need them.