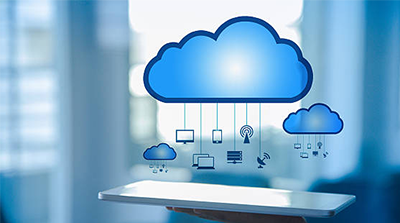 As long as machine vision has been around, it has been accompanied by copious amounts of image data, which are captured, processed, and analyzed to make decisions about objects or tasks. But as data flow increases in size and number, many companies are turning to cloud computing for off-site storage and analysis at the lowest cost and fastest rate possible. Over the past few years, the cloud has matured to the point where vision and imaging applications can take full advantage of technological advancements — even as some manufacturers and other vision users dip their toes, rather than leap, into the technology.

“Storage has always been one of the main points of having the cloud paradigm,” says Shawn Campion, President and CEO of Integro Technologies, a vision systems integrator. “But data upload speeds have continued to improve by internet service providers, making cloud-based machine vision application more practical. This makes it more conducive for bidirectional communication for active processing on large server sets or clusters to speed interaction and deep learning capability.”

Although machine vision in the cloud seems like a slam dunk, manufacturers are integrating it at different levels. For example, Campion sees many manufacturing facilities centralizing all their processing horsepower in their server rooms, keeping it in the hands of IT.

“A short putt from that position is moving to a company-wide enterprise cloud platform, or even externalizing it,” Campion says. He adds that those who are in the cloud are using it primarily for storage and sharing data access points rather than for deeper analysis. Campion sees the cloud first being used for 3D analysis in the vision space and then leveraged for deep learning and artificial intelligence for other business subsystems, such as logistics, material science calculations, and preventive and predictive maintenance. A.

Living on the Edge
Machine vision users who are reluctant to store and analyze data off-site have been using edge computing, which processes data near the edge of the network, where the data is being generated, instead of in a centralized cloud environment. But now there’s a place for both approaches in machine vision.
“What you do in the cloud is meant to support what happens at the edge, but the edge needs to be able to run regardless if the cloud goes down,” says Darcy Bachert, CEO of Prolucid Technologies, a machine vision systems integrator. “Whether you’re talking about vision inspection in manufacturing, a surveillance application, or a crop monitoring operation, that imaging should be able to run with or without the cloud connected, even if it means losing certain functionality.”

The biggest advantage of edge computing is real-time data processing without latency, allowing a user to respond to data as it is being created. This eliminates lag time, which is critical for applications such as self-driving vehicles.

With vision systems generating so much data, however, “it is not possible to truly classify, store, and derive value from the edge because there just aren’t enough resources to do the advanced functions that the cloud can do,” Bachert says. “It is not necessarily a matter of the cloud being fast enough to handle the data; it’s the value we derive from all that data.”

That means very specifically describing what the data is, using it to drive significant optimization on image processing algorithms, and then applying those updated algorithms back into the inspection application itself. Bachert cites one project that saves more than $200,000 per month for every percentage of false rejects eliminated — a feat that would be impossible without the cloud.

The Cloud for All
Once a company sees the benefits the cloud can deliver, the sell becomes easier. Andy Long, CEO of vision systems integrator Cyth Systems, sees the cloud as a way to democratize machine vision. Vision systems built by Cyth run software that brings information from the cloud to the production line.
“A lot of facilities just don’t have the bandwidth they need to make real-time machine vision decisions, and typically they don’t want to be reliant on the network,” Long says. “Companies can take their images and describe in a very easy manner what their machine vision system is looking for — for example, this is a good part and this one is defective — and the system is able to learn and deliver valuable information back to the production line. And when it runs on the production line, it doesn’t need that connection to the network anymore.”

The cloud not only allows users to store hundreds of thousands of images indefinitely, but it allows them to put a quick stop to defective product leaving the facility. “If we just discovered the problem on the line that we didn’t know we had, we can now run in simulation mode the last 18 months’ worth of images to check for defects or errors,” Long says.

Cloud computing is also proving its worth in deep learning, for which processing requirements are paramount. “Typically, many manufacturers aren’t always willing to deploy the level of assistance required on the plant floor, with GPUs and numerous processors, whereas if the manufacturer has a localized cloud instead of an external cloud, it’s more conducive to deploy those types of systems,” Campion says. “The cloud becomes very attractive because you can scale things up or down accordingly to meet or exceed processing requirements.”

Additionally, the cloud can ease the intensity traditionally associated with AI-based algorithms and model training. “Especially as data sets get larger and larger and the problems we are trying to solve become more complex, we can use GPU clusters along with cloud capabilities to significantly reduce the time to retrain and process, which used to take weeks,” Bachert says.

Obstacles to Adoption
Despite the advantages of implementing cloud computing for machine vision, roadblocks still exist. Data security remains the biggest obstacle that prevents manufacturers from deploying cloud technology, at least externally. “The majority of companies are hesitant to put production-level data in the cloud because of liability exposure and what that data could convey about their products or processes to consumers if they gained access to it through criminal or noncriminal activity,” says Campion. So businesses continue to rely on a private cloud to capture and analyze data.

Enterprises also need to make a business case for the technology. “Investing in cloud technology only makes sense if the problem you’re going to solve is big enough,” Bachert says. “Storing terabytes of data that you are never going to look at is just going to introduce a lot of cost with no return on investment. You need to be able to analyze the data and derive a very tangible value from it.”

The ultimate goal of integrating vision and imaging in the cloud is to simplify the process for clients. “Our industry is quite technologically challenging, so we want to make cloud technology easier and available to more people,” Long says. “It is our job to take away those technological challenges and let the client focus on what they know best — their product.”