Automation systems designers like the ease with which stepper motors can be controlled: Instruct a stepper motor to turn 1,000 steps forward and 75 steps backward and --provided payload limits are not exceeded-- it will do so.

Most modern stepper drives can micro-step downward to 51,200 steps per revolution, which enables smooth, low speed motion of 0.1 rpm or below. Nano-stepper motors offer even higher resolution and motor control.

In practice, however, stepper motors have inherent limitations that can reduce their capacity to support complex automation applications. 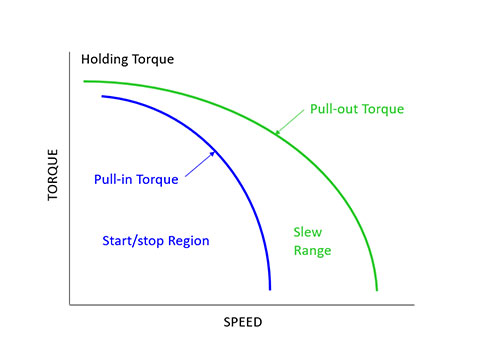 With these limitations in mind, stepper motors tend to be used in low power, low payload applications such as 3D printers, CNCs, automated screwdrivers, XY plotters and miniature pumps.

Typically, stepper systems are open-loop, which makes for high performance in terms of speed. When the motor's load is not exceeded it will naturally operate at maximum speed throughout its operation. 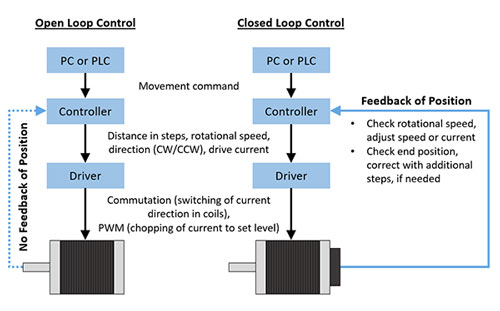 However, there are circumstances in which you want a stepper motor to provide closed-loop features too, especially positional feedback.

Clinical analyzers transport samples in cuvettes to put them through different tests. In these scenarios, the end user needs to be sure that the system has the cuvettes in the correct position and dispenses the correct amount of reagent or other materials.

“These customers can't have a case where the motor only dispenses even slightly less than the amount that it is supposed to. They need to be one hundred percent sure that the motor has moved the exact amount and they want assurance that the stepper motor has reached its target position,” explains Jacobs. “Closed-loop functionality provides this assurance by enabling the system to double check the stepper motor's precise position.”

A typical way to provide additional closed-loop functionality on a stepper motor is by adding a sensor that can provide precise feedback on the motor's rotor position.

“The most common choice is an optical encoder, but magnetic encoders and resolvers are also offered in the market,” says Johann Tang, marketing analyst and product specialist at Oriental Motor USA Corporation.

Hall-effect sensors are solid-state magnetic encoders that provide lower resolution than optical encoders, adds Tang, so they are not a good fit for stepper motors that require 200 or more steps to rotate one whole revolution.

Meanwhile, resolvers (which come in both analog and digital forms and measure degrees of rotation) offer similar levels of robustness to Hall-effect sensors and similar control resolution.

Adding any type of sensor to a stepper motor increases cost and requires a complex motion control system to operate.

“Stepper motors are simple, synchronous devices that like current to be provided in a square wave form, so they have a couple of coils and the driver card provides the current that energizes the motor windings,” says TRIO's MacDonell. “The driver typically divides the current into ‘micro-steps’ for more precise shaft positioning, but with a speed trade off. Typically, a motion controller will output a pulse stream for the stepper motor to follow and a direction signal that instructs the motor to go backward or forward.”

While switching between open-loop and closed-loop operations is possible using bespoke driver algorithms and additional sensors, the complexity involved will tempt many automation designers to choose servo motors for their inherent extra power and closed-loop capabilities.

The temptation to turn to servo motors may be reduced with the emergence of a new class of hybrid motion control systems that offer a way for stepper motors to switch seamlessly between open-loop and closed-loop control. 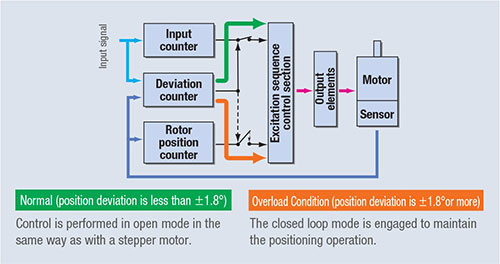 In such systems, the position of the motor is constantly monitored and the driver automatically switches between open-loop and closed-loop control, depending on the situation and the application requirements.

The difference between the two positions is kept in a deviation counter. When the deviation value exceeds a certain threshold, the system switches into closed-loop mode.

At the same time, the deviation value is fed into the excitation sequencer and the system corrects itself while torque is maximized. Once the deviation counter drops below the threshold, the system will operate in open-loop again.

“A system that's able to switch back and forth from open-loop to closed-loop operation, provides end users with improved performance and greater reliability than tradition stepper motor systems,” adds Tang.

While recent advances in closed-loop stepper motor control have brought the technology gap between stepper motors and servos closer than ever before, the choice still depends on the application, says Tang.