US Winemakers Among Latest To Feel Squeeze Of Trade Tariffs

As if the news of US-imposed tariffs on imported steel and aluminum didn’t upset a large enough portion of beverage manufacturers already, the most recent developments in US-China trade have left winemakers, along with US-based manufacturers of 127 other products, with a sour taste in their mouths.

Earlier this year, the White House sought to enact tariffs on countries it had described as taking advantage of the US trade policy for some time. In an effort to revitalize US-based metals manufacturing, the order to formally enact tariffs on steel and aluminum imports, as high as 25 percent and 10 percent respectively, was signed last month. 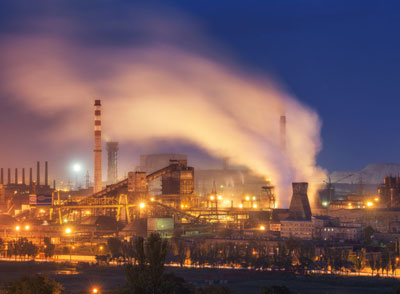 The Order To Formally Enact Tariffs On Steel And Aluminum Imports, As High As 25 Percent And 10 Percent Respectively, Was Signed Last Month.

The move will ideally lead to an injection of investment and job growth in the sector, according to supporters of the decision.

Consumer packaged goods (CPG) manufacturers, on the other hand, have voiced serious concerns over the expected rise in costs and job losses resulting from the tariffs. Campbell Soup, Craft Heinz, Coca-Cola, and AB-InBev are among the largest companies broadcasting dire predictions. The craft beer industry, which has seen tremendous growth in the US over the last five years, is also expected to suffer serious ramifications to canning and racking operations. non-alcoholic beverage manufacturers, who have been enjoying a marked increase in popularity over the last several years, will no doubt be adversely affected by the imposed tariffs. It remains to be seen how the policy will affec the future of such niches.

To begin, higher packaging prices are sure to increase prices for consumers; however, the impact could reach well beyond higher costs in the grocery aisle. According to Jim McGreevy, Beer Institute President and CEO, “this 10% tariff will create a new $347.7 million tax on America’s beverage industry, including brewers and beer importers, and result in the loss of 20,291 American jobs.”  A frightening prospect, especially for those small and medium enterprises struggling to make their way in the craft brewing sector. 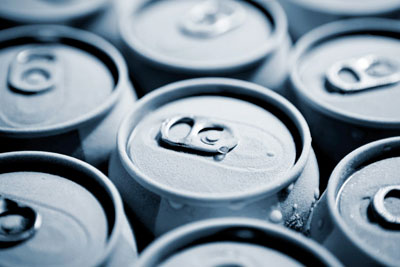 Beverage Manufacturers And Packaging Operations Will Be Significantly Affected By Aluminum and Steel Tariffs.

58 percent of the 2.1 million tons of tin plate used in the US last year, an insufficient amount of which is produced in the U.S according to a Campbell Soup representative, was produced in the US. CPG manufacturers will likely end up paying 10 percent to 25 percent more on the remaining 42 percent being imported because of the new tariffs.

While large food and beverage manufacturers will be able to offset the increase in costs through consumers, distributors, and retailers, smaller operations will bear the brunt of the import taxes, making growth amid volatility the latest of many challenges.

The latest response from China places the US wine industry in a position to bear substantial impact in the back and forth between the world’s two largest economies. All this comes following the announcement earlier this year of reduced exscise taxes on winemakers, distillers, and brewers that had these small and medium enterprises especially optimistic about the future of their operations. 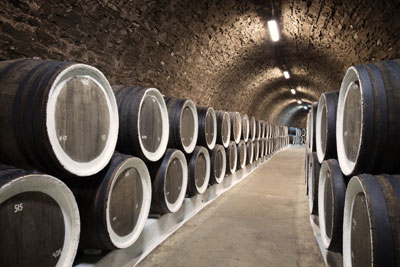 Wine Inventory Is Sitting In Warehouses Across The Country, Waiting For Some Resolution To The State Of US-China Trade.

The new tariffs for wine can reach just as high as those imposed on imported steel by the US, 25 percent. As a result, inventory is sitting in warehouses across the country, waiting for some resolution to a spat that will have an impact that reaches farther than the vineyard. While wine exports to China account for roughly 5% of the market, or around $79m, winemakers are keeping a close eye on developments. Wine consumption in China has increased 500% since 2000 and shows no signs of slowing down. This is further impacted by the dry spell of sorghum-based Maotai, the country’s most popular spirit.

In Napa Valley, Chinese wine tourists make up the majority of visitors, as well, with 20% of guided tours being booked in Mandarin. The figure will no doubt also be impacted by fewer Chinese wine drinkers being exposed to the varieties produced by US growers and winemakers. In a landscape dominated by French wines for decades, American wines had been in a state of perpetual grind to break into the Chinese market. Now, with the headway made over the last two decades threated by a potential 25 percent import tax, inroads made into the Chinese wine market run the risk of drying up.

Encompass Solutions, Inc. is an ERP consulting firm that offers professional services in business consulting, project management, and software implementation. Whether undertaking full-scale implementation, integration and renovation of existing systems, or addressing the emerging challenges in corporate and operational growth, Encompass provides a specialized approach to every client’s needs. As experts in identifying customer requirements and addressing them with the right solutions, we ensure our clients are equipped to match the pace of Industry.

New Year Orders: How to Handle the Rush or Slump

What does Industry 4.0 mean for US manufacturing?

The Problem With “It’s Someone Else’s Problem”

DOBOT Launches Collaborative Robot CR3L at Automate 2022 in Detroit with the Increased Max Reach by 11.5%