US Manufacturing, Employment, And Wages Continue To Climb Amid Contentious Trade Tariffs

Yesterday, the Whitehouse imposed anxiously anticipated tariffs on steel and aluminum imports, 25 percent and 10 percent respectively, originating from some of the US’ closest allies, including many European countries, Mexico, and Canada. Those affected countries were understandably incensed, with leadership around the world decrying the decision as thoughtless and dangerous.

President of the European Commission Jean-Claude Juncker called the decision to impose tariffs “protectionism, pure and simple," while French President Emmanuel Macron opined the tariffs were both “illegal” and a “mistake”. He went on to draw a comparison to Europe in the 1930’s, stating bluntly that, "Economic nationalism leads to war.” 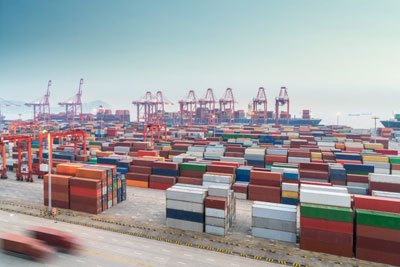 North American allies of the US had words of their own following the decision. Mexico derided the US for "distorting international trade" with such tariffs and revealed its own plans to penalize pork, apples, grapes, cheese, and flat steel from the US in retaliation. Justin Trudeau, Canada’s Prime Minister, agreed the tariffs were “totally unacceptable” and provided plans to instate tariffs of his own on $12.8 billion worth of U.S. products, including steel, yogurt, and toilet paper. Trudeau added, "Canada is a secure supplier of aluminum and steel to the U.S. defense industry, putting aluminum in American planes and steel in American tanks. That Canada could be considered a national security threat to the United States is inconceivable." The comments referred directly to President Donald Trump stating that a reliance on imported metals threatened national security. Canadian Foreign Minister Chrystia Freeland said Thursday that Canada fully intends to match tariffs “dollar-for-dollar” against the US.

Recent Examples Of US Tariffs Point To Grim Outcome

It is worth noting the other recent attempts to impose tariffs by prior administrations resulted in poor outcomes. Under the Bush administration, protectionist tariffs were imposed in early 2002. The retaliation from affected countries was met with such significant impact that the then president was forced to reverse the decision. It is estimated that the decision cost the United States as many as 200,000 jobs. Several studies conducted since have found such measures are more costly than beneficial in the short-term. 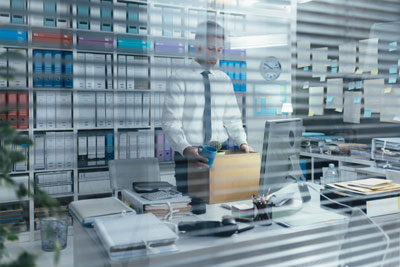 Under the Bush administration, protectionist tariffs were imposed in early 2002. It is estimated that the decision cost the United States as many as 200,000 jobs.

President Obama attempted to impose tariffs on tires with China in his sights. However, the Chinese answered with a retaliatory tariff of their own that cost the US poultry industry more than a billion dollars. The tariffs were removed shortly after.

Tariffs' Effects On The Home Front

With Allies abroad understandably frustrated with the Administration’s decision, domestic manufacturers are equally troubled. Steel and aluminum prices have been rising steadily each year and with new tariffs on certain types of metals that cannot be easily produced, or manufactured at all, in the US, many in construction industries are anxious to see who will weather the storm.

The US Chamber of Commerce urged the administration to reconsider its decision based on evidence the tariffs would slap domestic manufacturers with higher costs, hinder construction-sector growth, and upset job creation in both industries. The expected retaliation from those countries affected would further impede economic momentum achieved through tax and regulatory reform at home. It’s not all bad news, though. The Dow may have slipped 1% overnight, but the US is making gains on several fronts.

Employment has been tremendous for the US this year with manufacturers adding 18,000 new jobs in May alone. The total number of nonfarm jobs created last month reached 223,000. The unemployment rate has fallen to 3.8%, the lowest in decades, and wages have been on the rise as well. Overall, hourly pay rose 2.7 percent over the same period last year, due largely to recently passed tax breaks for several Us industries. That said, The Bureau Of Labor Statistics reported pay growth remains below levels that are typical when the unemployment rate is this low. 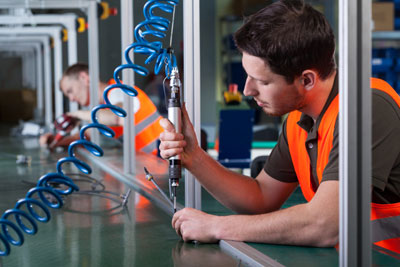 Employment has been tremendous for the US this year with manufacturers adding 18,000 new jobs in May alone.

According to an Institute for Supply Management report released on June 1, 2018, manufacturing backorders grew by the most in 14 years. The report also highlighted other key takeaways, including:

When it comes to investing from within, one US manufacturer makes it clear that they want to lead by example.

While tax reform continues to inject some much-needed stimulation in the American economy many companies are taking advantage of their new-found funds to make much-needed changes to operations and plan for future growth. Miles Fiberglass in Oregon City, Oregon, is one such enterprise.

Concentrated on using its tax savings to invest in its workforce and in growing its business, Miles has increased wages by as much as 9% and expanded its workforce to scale with increasing demand. The company began the year with 50 employees, a number that has since grown to 70 and is projected to reach 85 by the end of 2018.

Lori Miles-Olund, Miles Fiberglass’ President, plans to expand operations dramatically, stating, “We anticipate our sales to double this year due to the economic climate.” She told the National Association of Manufacturers (NAM), that the demand for composite component parts has been “far more than we’d seen in the past.” She attributes demand to the tax savings experienced by other businesses that are in need of the parts Miles manufactures.

Encompass Solutions, Inc. is an ERP consulting firm and Epicor Platinum Partner that offers professional services in business consulting, project management, and software implementation. Whether undertaking full-scale implementation, integration, and renovation of existing systems or addressing the emerging challenges in corporate and operational growth, Encompass provides a specialized approach to every client’s needs. As experts in identifying customer requirements and addressing them with the right solutions, we ensure our clients are equipped to match the pace of Industry.