Uber’s Recent Collision, Its Impact On The Future Of Autonomous Vehicles, And The Machine Vision Technology That Powers The Industry

In the wake of what is likely the first occurrence of its kind, Uber Technologies Inc. decided to halt its field testing of autonomous vehicles in cities like Pittsburgh, San Francisco, Toronto, and Phoenix after one of its vehicles struck and killed a pedestrian in Tempe, Arizona. It has been reported that the pedestrian stepped in front of the autonomous vehicle suddenly, which will likely take focus as authorities continue investigating the incident that occurred Sunday night. 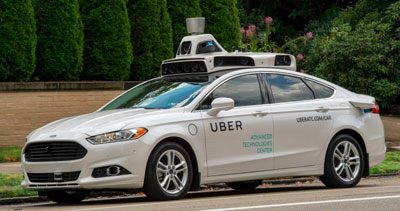 Uber Has Halted All Field Testing On Public Roads.

What is known at this point is that the woman had crossed the street outside of a crosswalk when she was struck. The autonomous vehicle did have a human safety driver supervising inside the cabin of the vehicle, who said the incident occurred “like a flash”. The supervisor also reported their first indication of the collision was the sounds of the collision itself. Some experts following the industry closely expressed significant alarm when it was revealed no braking or swerving maneuvers were enacted to avoid the collision. The incident took place around 10 pm local time, at which point the pedestrian was taken by ambulance to a local hospital. She later succumbed to her injuries. According to local authorities, Uber is cooperating fully with the Tempe Police Department during the investigation.

The Incident’s Effect On The Autonomous Vehicle Industry

The incident has far-reaching implications for the highly-scrutinized societal integration of autonomous vehicles, which incorporate machine vision and AI in hopes of revolutionizing the auto industry, how we travel, and how urban population centers function. Already, tens of billions of dollars and years of research have been invested in the technology by companies like Alphabet Inc., General Motors Co., and Baidu Inc. 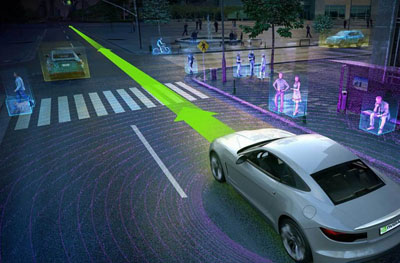 The Autonomous Vehicle Industry Could Be Set Back Years In Terms Of Public Perception.

Machine Vision Is The Foundation Of Autonomous Vehicles

Despite all the attention autonomous vehicles have enjoyed in recent years, the concept is far from new and the vision technology that powers the concept has been in development since the 60’s. SRI’s Shakey was the first mobile robot to utilize a computer vision system for navigating terrain and obstacles. The JPL robot and the Stanford Cart followed as the technology became more refined, though none could compare with the level of machine vision and AI systems utilized by autonomous vehicles today.

More modern vision systems would emerge, such as the Ralph vision system, to help automobiles navigate using sampled images that assessed road curvature and determined the positioning of a vehicle relative to a roadway’s center. Today, LIDAR, a light-based radar vision, is the system of choice. By utilizing a series of “eyes” embedded within the autonomous vehicle’s body, it functions using sensors that send out pulses of invisible light from lasers and records how long it takes to receive a signal back from the surface of an object, in this case, the light’s reflection. Camera-based methods are also utilized as autonomous vehicle vision systems. These systems help create 2D and 3D images of objects just like a human eye would. In this case, multiple cameras are positioned around the vehicle to provide a full field of vision that mimics that of a real driver. Specialized software is then used to “learn” human behavior and model the objects adjacent to and within the roadway.

A third vision approach to autonomous vehicle systems emerged in late 2017 from Israeli start-up AdaSky. The AdaSky system utilizes Far Infrared (FIR) perception that the company has coined as Viper.

The technology is not new, but AdaSky CEO Avi Katz claims they are the first to apply the technology to autonomous vehicle vision systems. The system is built to complement peripheral vision systems and sensing technology like LIDAR, radar, and cameras. According to Katz, the increased capacity for classification, identification, and detection of objects enables autonomous vehicles to better understand and interact with their surroundings, making them much safer as a result.

Machine Vision Beyond The Roadway

Machine vision systems have become incredibly advanced both on the road and on the assembly line. Powerful software and components identify these objects’ surroundings and enable them to more elaborately interact with their environments. The machine vision systems in use today largely govern image-based inspection, process control, and robot guidance. While autonomous vehicles and futuristic technologies garner the lion’s share of attention from the media and the general population, Machine vision already has an incredible impact on our daily lives. Indeed, machine vision influences many aspects of our daily lives, from the parts in our cars, the appearance and packaging of our food, the quality of our medical devices, and even lab specimens all pass through some sort of machine vision system before they reach their destination. 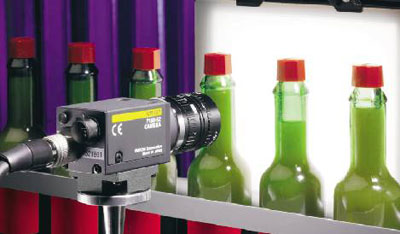 Machine Vision Is Part Of Many Aspects Of Our Daily Lives.

Encompass Solutions specializes in business consulting, project management, and software implementation. As a result, we are positioned to enable enterprises of every size to take full advantage of the tools available to them in growing their business. Whether undertaking full-scale implementation, integration, and renovation of existing systems or addressing the emerging challenges in corporate and operational growth, Encompass provides a specialized approach to every client’s needs. As experts in identifying customer requirements and addressing them with the right solutions, we ensure our clients are equipped to match the pace of Industry.

Is now the time for a Highway Code for AMRs?