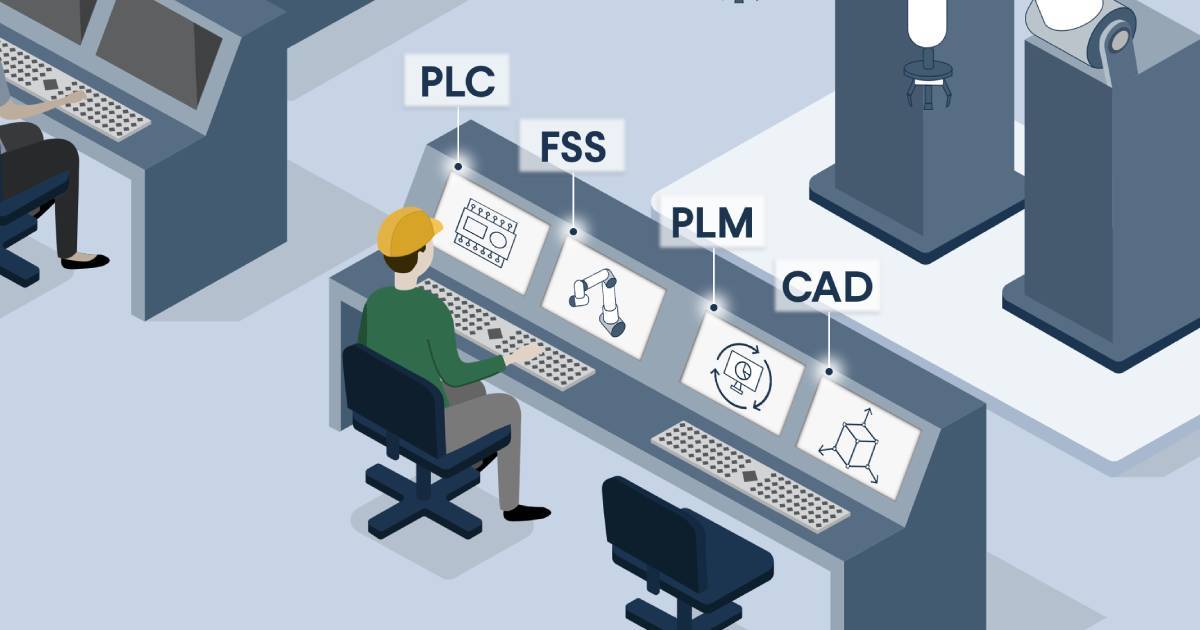 First and foremost, if we rewind a few years the idea of a MAP, would not have even been possible. Because of their heavy reliance on a cloud-architecture, it was not until recent developments in web-based 3D rendering that MAPs as we know them today could be conceivable. Combining aspects of a CAD, PLM, PDM, and factory simulation software, we can compare and contrast a MAP with traditional engineering softwares. But because the overarching mission of a MAP is altogether different, it leads to an entirely different feature set. Let’s explore why.

MAP’s focus on a single mission - navigating through the design, automate, order and deploy phases of creating and operating automated equipment. CAD software, on the other hand, can be used to create a variety of end-products, from kitchen appliances to aircraft. Consequently, CAD software includes features to support all possible design use cases, making them extremely versatile engineering tools.

But if we try to design automated equipment with traditional CAD software we will quickly realize that the feature set is inadequate or sub-optimal. To design automated equipment we need to be able to select and combine individual components from different vendors to create a complete system (e.g., robot arm, gripper, pneumatic cylinder, roller conveyor, sensor, etc.). It is less important to design new parts from scratch, as you would with a traditional CAD software. In the context of automated equipment, however, 3D assembly is critical and having the ability to automate part connections or part mating can create significant value. It’s no surprise that MAP includes a part connection engine that is vastly different from the 3D constraint solver found in a CAD. Similar examples can be found with a number of the feature sets found in PLM & PDM and FSS.

Another notable difference between MAP and traditional engineering software is their focus on the end-to-end workflow for automated equipment (i.e., design, automate, order, deploy). MAP supports the need for more cohesive collaboration within and across each stage of the automated equipment project. Mechanical designers, control specialists, procurement agents, mechanical assemblers, all leverage the same data and share virtual ‘handshakes’ from one phase of the project to the next. This contrasts with traditional engineering software that is usually built for a single class of user (i.e., mechanical engineer for CAD and control specialists for PLC/SCADA programming software).

The matrix below highlights the differences between MAP and traditional engineering softwares, in the context of the design and deployment of automated equipment. 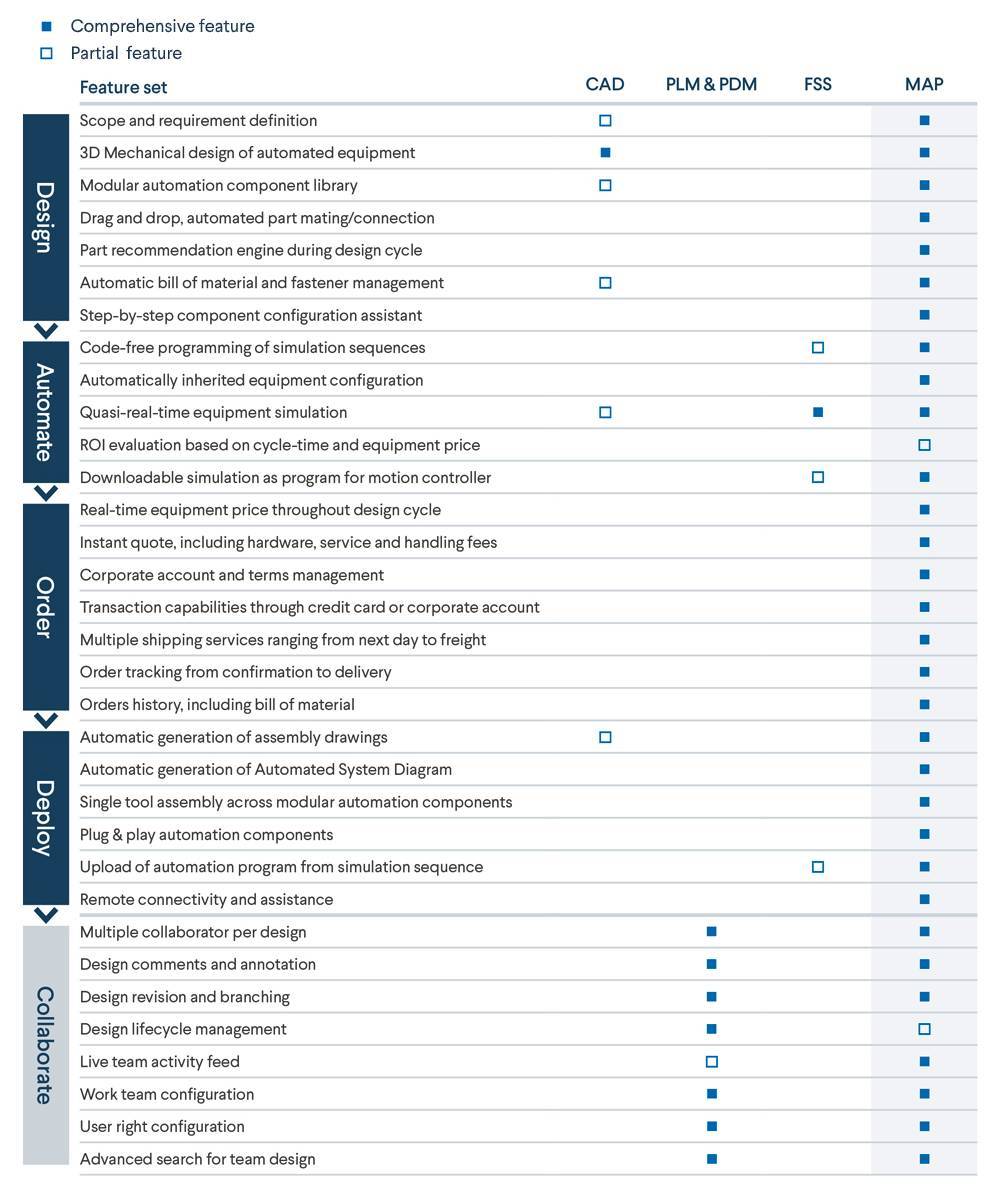 With MAP being an emerging software category, their scope and feature set will continue to evolve overtime. Early players are still debating how to identify themselves, each approaching this new software category from a different angle. Some focus on robotics, others on 3D design.

One thing is certain, as more and more high-mix low volume factories launch into their industrial automation journey (see our previous article: the adoption of advanced manufacturing depends on democratization, not technology) , we can expect the tools and software they need to be different than those of high-throughput factories. Even though traditional engineering softwares, like CAD and PLM, have a long-life ahead, MAP will take a front row seat when the mission is industrial automation.