The common misconception about automation is that in the long term it will cost more jobs than it creates. The fact of the matter is that this is simply not true. Automation, working alongside effective ERP solutions, provides workforces the freedom to become more specialized and efficient. Automation works in tandem with ERP to conserve resources and take the mundane and repetitive tasks out of the picture.

As a result, the human component of businesses can take on more logical, critical thinking-oriented tasks. This adds value to the business by strengthening the quality of care customers receive and nurtures the satisfaction employees receive when they occupy more critical and appreciated roles in their careers.

While the technology and machinery associated with automation and ERP systems assume easy roles it the workplace, the more agile and adaptable human is still required to run and maintain them. 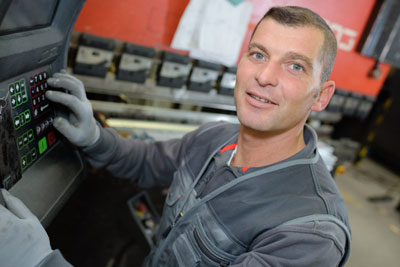 A Specialized Worker Ensures That The Factory's Automation Equipment Runs At Peak Performance.

Cotton mills are a prominent example of how technology replaced human labor in the textile industry. While unskilled labor, such as cotton picking was replaced by the cotton gin, the process of refining the picked cotton still required a human touch. Loom operators found their jobs replaced with automated machinery, but those machines too needed to be run and maintained by skilled labor. A loom couldn’t craft a shirt on its own, but made the process infinitely more simple and the results were less cost prohibitive for the consumer. This translated into higher demand for cotton goods and more weavers were required to address the demand.

Over the past 150 years, the labor force has thrived alongside the implementation of automation technology, rather than having been hindered by it. The article Automation Technology and Anxiety, featured in Economist, focused on the example of cotton and detailed how the textile became easier by a factor of 50 to produce following the advent of automation technology in the industry. As a result, the cost of cotton plummeted, making goods derived from the textile easier to afford. This increased consumer demand led to a demand for more skilled labor. The article states, “In America during the 19th century the amount of coarse cloth a single weaver could produce in an hour increased by a factor of 50, and the amount of labor required per yard of cloth fell by 98%. This made cloth cheaper and increased demand for it, which in turn created more jobs for weavers: their numbers quadrupled between 1830 and 1900. In other words, technology gradually changed the nature of the weaver’s job, and the skills required to do it, rather than replacing it altogether.” The main takeaway from the passage should be that while the production of coarse cotton became radically easier to produce, job growth in the sector grew by 400 percent in a 70-year period as a result.

A more modern example can be found in Amazon's headcount statistics. While the company's fleet of robots has doubled over the last two years, the labor force has only increased over the same period. 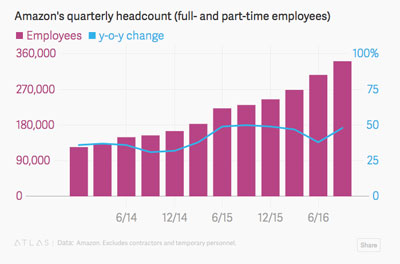 ERP Systems functions much in the same way, working alongside automated systems in manufacturing. In terms of data management, ERP systems take over repetitive processes and assume these otherwise mundane roles associated with enterprise data to reduce waste and free labor to take on more mission-critical tasks. These streamlined processes end up saving businesses substantial costs in the long term and facilitate growth that scales alongside the pace of Industry. 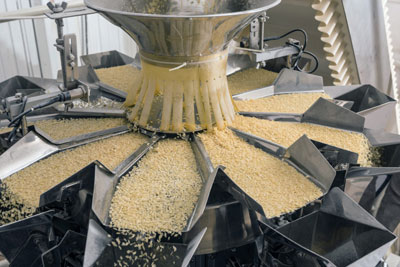 Automation Takes The Form Of Machine And Digital Processes.

The independent workforce is another segment of global labor that shows increasing promise in the face of automation, with highly-skilled, highly-educated, and experienced professionals increasingly being sought after by companies that have adopted automation to a high degree. Software engineering, product management, and application development professionals are among the most sought-after independents. Automation plays together with the independent workforce as companies look to supplement their automated systems with independent workers to fulfill highly-specialized roles. Factories may not need the workers they once did thanks to robots and automated assembly, but the gaps in operations, maintenance, and planning leave more than enough room for a more specialized workforce to step in.

The Pains Of Transition

While it’s true the application of automation upsets work roles and employment demographics within the industries where they are applied, the real pains are felt in the short-term transition process. Bhagwan Chowdhry, professor of finance at the University of California, Los Angeles, details what he sees as a necessary shift in paradigm between learning and working to maintain a qualified workforce as automation assumes what has been traditionally referred to as blue-collar jobs. 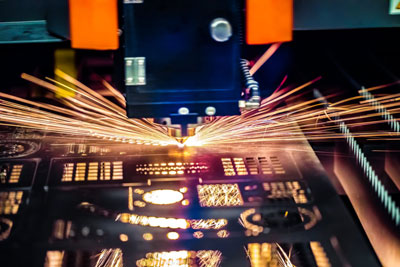 Modern Automation And Processes Require The Transition Of Workforces from Un-Skilled or Low-Skilled to Highly-skilled.

In an interview with the BBC last year, he offered his thoughts on how to address the need for more specialized labor in the face of automation, “The distinction between work and learning might need to become more amorphous. We currently have a dichotomy where those who work need not learn, and those who learn do not work. We need to think about getting away from the traditional five-day working week to one where I spend 60% of my time doing my job and 40% learning on a regular basis.” In short, automation and robots, particularly collaborative robots, are increasingly filling a complementary role alongside workers, rather than one of replacement. The safest route, in terms of ensuring humans have a future in the workforce, is to scale skillsets alongside the technology that enables them the increased time to learn about most technical concepts and roles.

About Encompass Solutions
Encompass Solutions, Inc. is an ERP consulting firm that offers professional services in business consulting, project management, and software implementation. Whether undertaking full-scale implementation, integration, and renovation of existing systems or addressing the emerging challenges in corporate and operational growth, Encompass provides a specialized approach to every client’s needs. As experts in identifying customer requirements and addressing them with the right solutions, we ensure our clients are equipped to match the pace of Industry.

2D or 3D Machine Vision? Why Not Both?

How we Eliminated Coding Mistakes on Snack Packages