An all-in-one system such as IDS NXT ocean, which has integrated computing power and artificial intelligence thanks to the "deep ocean core" developed by IDS, is ideally suited for entry into AI Vision. It requires no prior knowledge of deep learning or camera programming. The current software update makes setting up, deploying and controlling the intelligent cameras in the IDS NXT cockpit even easier. For this purpose, among other things, an ROI editor is integrated with which users can freely draw the image areas to be evaluated and configure, save and reuse them as custom grids with many parameters. In addition, the new tools Attention Maps and Confusion Matrix illustrate how the AI works in the cameras and what decisions it makes. This helps to clarify the process and enables the user to evaluate the quality of a trained neural network and to improve it through targeted retraining. Data security also plays an important role in the industrial use of artificial intelligence. As of the current update, communication between IDS NXT cameras and system components can therefore be encrypted via HTTPS.

Just get started with the IDS NXT ocean Creative Kit
Anyone who wants to test the industrial-grade embedded vision platform IDS NXT ocean and evaluate its potential for their own applications should take a look at the IDS NXT ocean Creative Kit. It provides customers with all the components they need to create, train and run a neural network. In addition to an IDS NXT industrial camera with 1.6 MP Sony sensor, lens, cable and tripod adapter, the package includes six months' access to the AI training software IDS NXT lighthouse. Currently, IDS is offering the set in a special promotion at particularly favorable conditions. Promotion page: https://www.ids-imaging.us/ids-nxt-ocean-creative-kit.html. 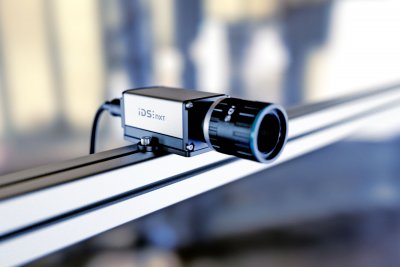 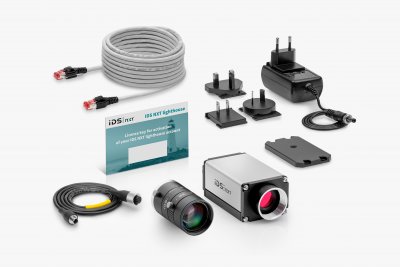