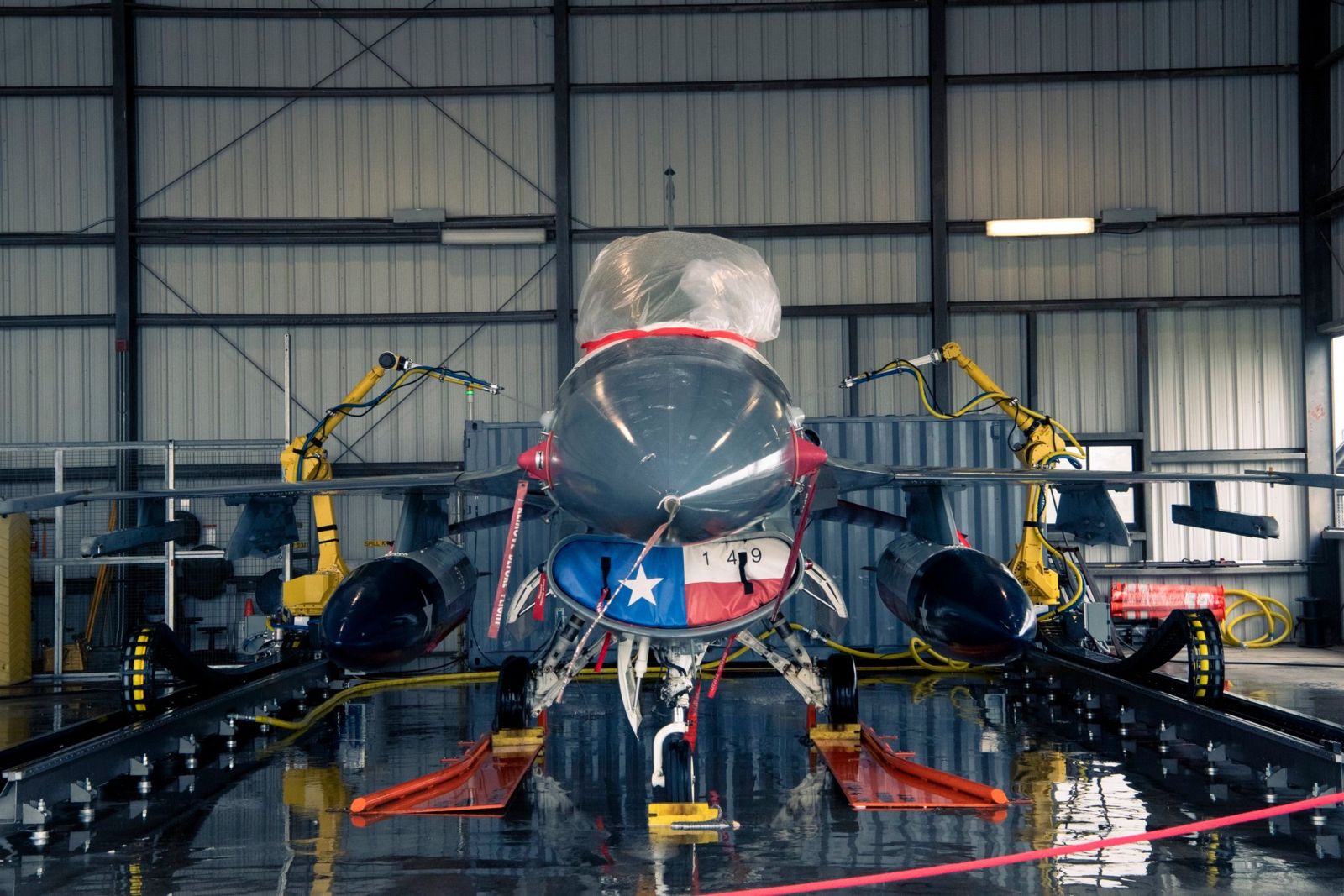 Regular washing is a critical task in aerospace manufacturing. It helps to reduce corrosion, improving the life and safety of the aircraft. However, manual washing is a dangerous and labor-intensive task.

In May 2021, automation supplier Wilder Systems released a new solution specially designed to automate the washing process. The programming interface is provided by Montréal-based software company RoboDK and allows novice users to program the robotic system themselves.

The conventional method of airplane washing involves using sponges, brooms, rags, and ladders. A team of 4 mechanics would usually take 4 hours to wash a plane manually, taking a total of 16 person-hours.

With all the associated tasks, the entire washing operation often takes an entire day. During this time, the mechanics are unavailable to perform higher-value work and the aircraft is out of service. On top of this, airplane washing is a dangerous task. Mechanics work from the top of tall, wet, and slippery ladders, which can lead to injury.

Wilder Systems, based in Austin, Texas, specializes in creating cost-effective robotic solutions for aerospace manufacturers. They recognized that the conventional approach to aircraft washing was inefficient. They knew that they could use robots to quickly wash airplanes more efficiently and with less risk to humans. 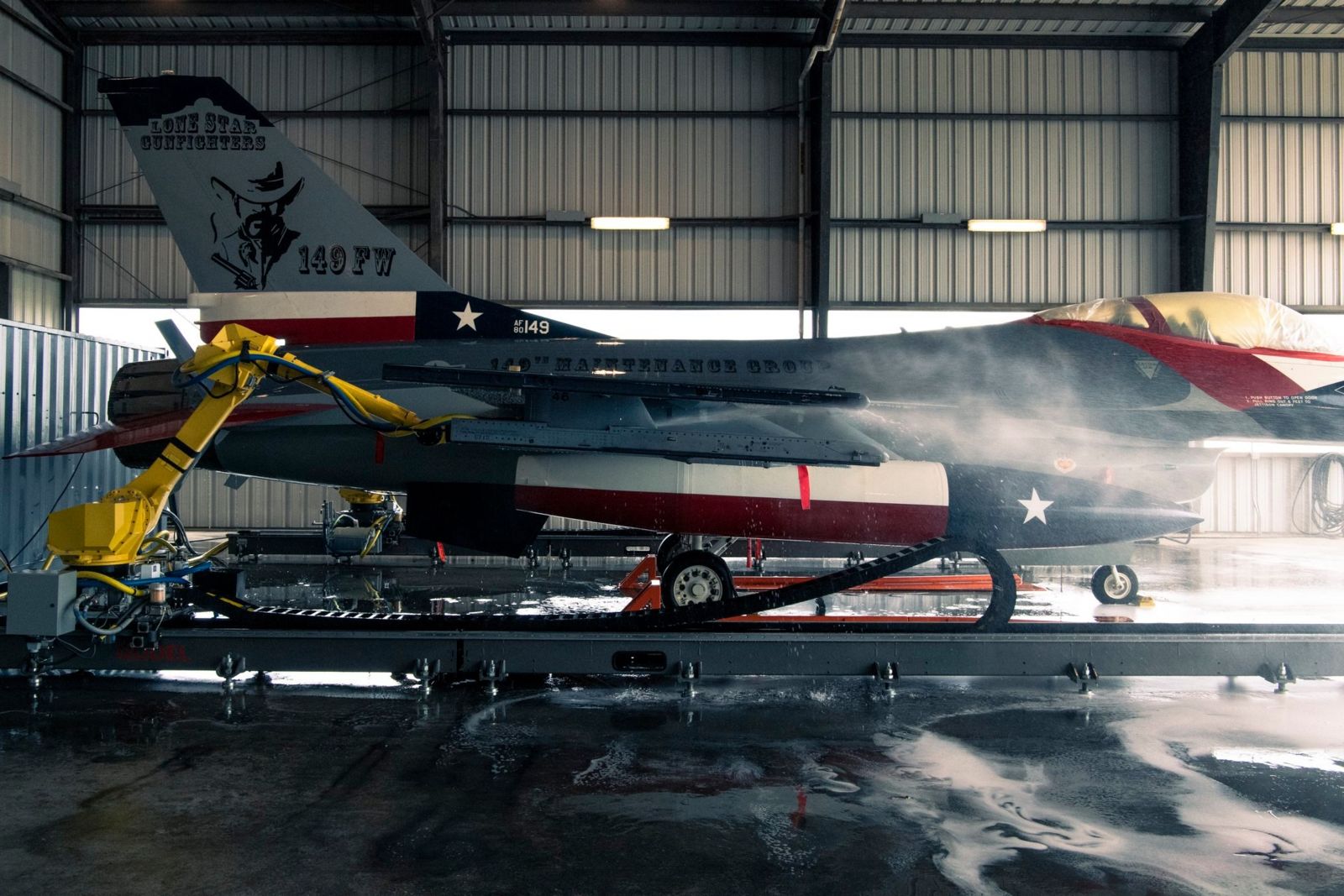 The goal of the project was to reduce the amount of labor and increase the safety of washing F-16 aircraft. To do this, they designed and developed an innovative robotic "drive-through" washing system for aircraft, utilizing various robotic components.

Compared to the total 16 person-hours that the manual washing process takes, the entire washing cycle is completed in just 52 minutes with the new system. This is a time saving of 95% and eliminates manual washing.

How the system works

The robotic system uses a combination of various off-the-shelf hardware and software components that the team at Wilder Systems integrated into a self-contained washing cell. 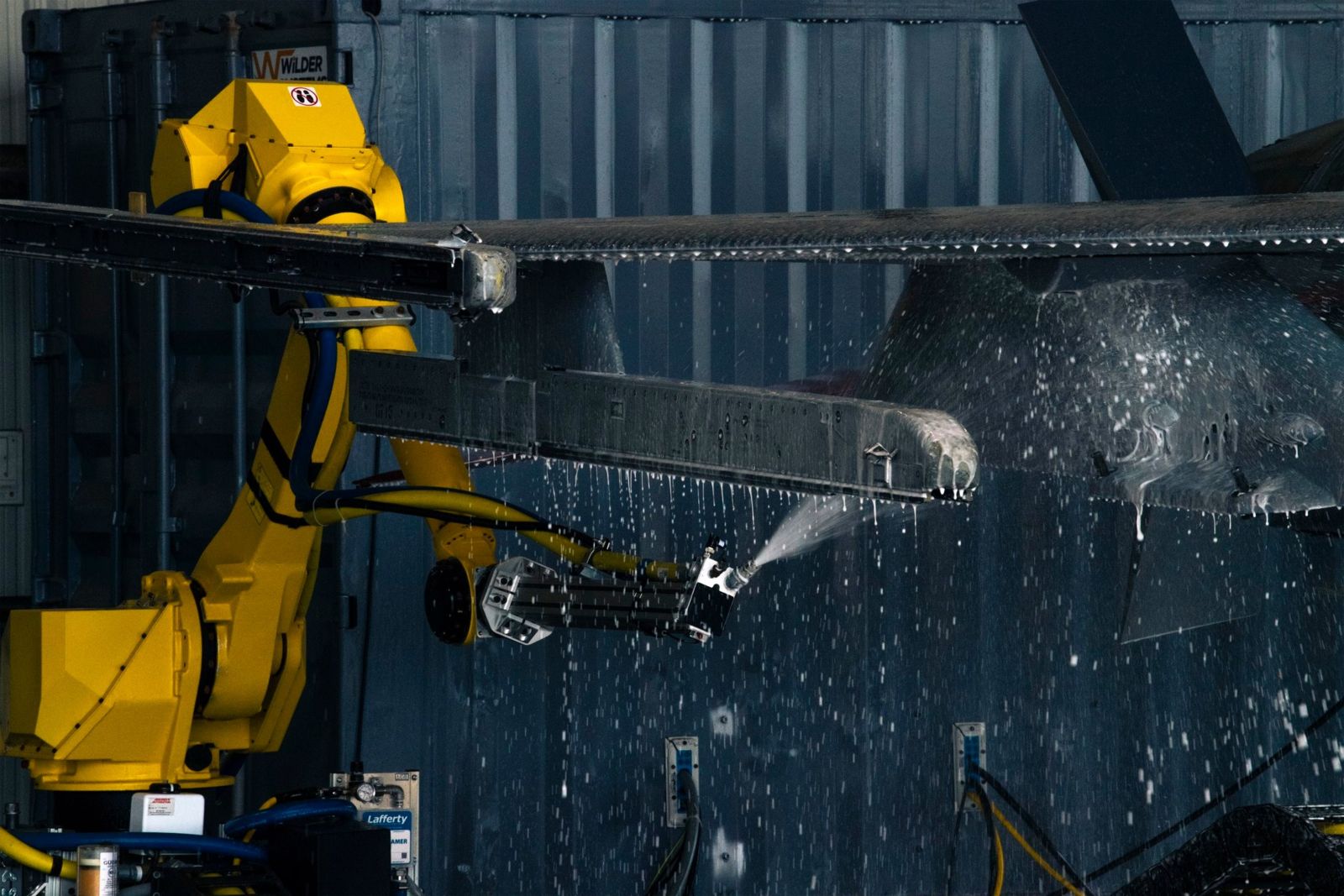 The core software components are RoboDK and Autodesk Fusion 360 for CAD/CAM, which integrates directly with RoboDK through a native plugin.

Alejandro Rengel was the main programmer of the project. He explains that "RoboDK was the essential tool that allowed us to develop the world's first-ever robotic plane wash. Using CAD-To-Path strategies, we were able to generate robot paths that were adaptive and error-proof. RoboDK helped me transform from an entry-level programmer into an advanced programmer through their easy-to-use GUI, abundance of training resources, and phenomenal customer service." 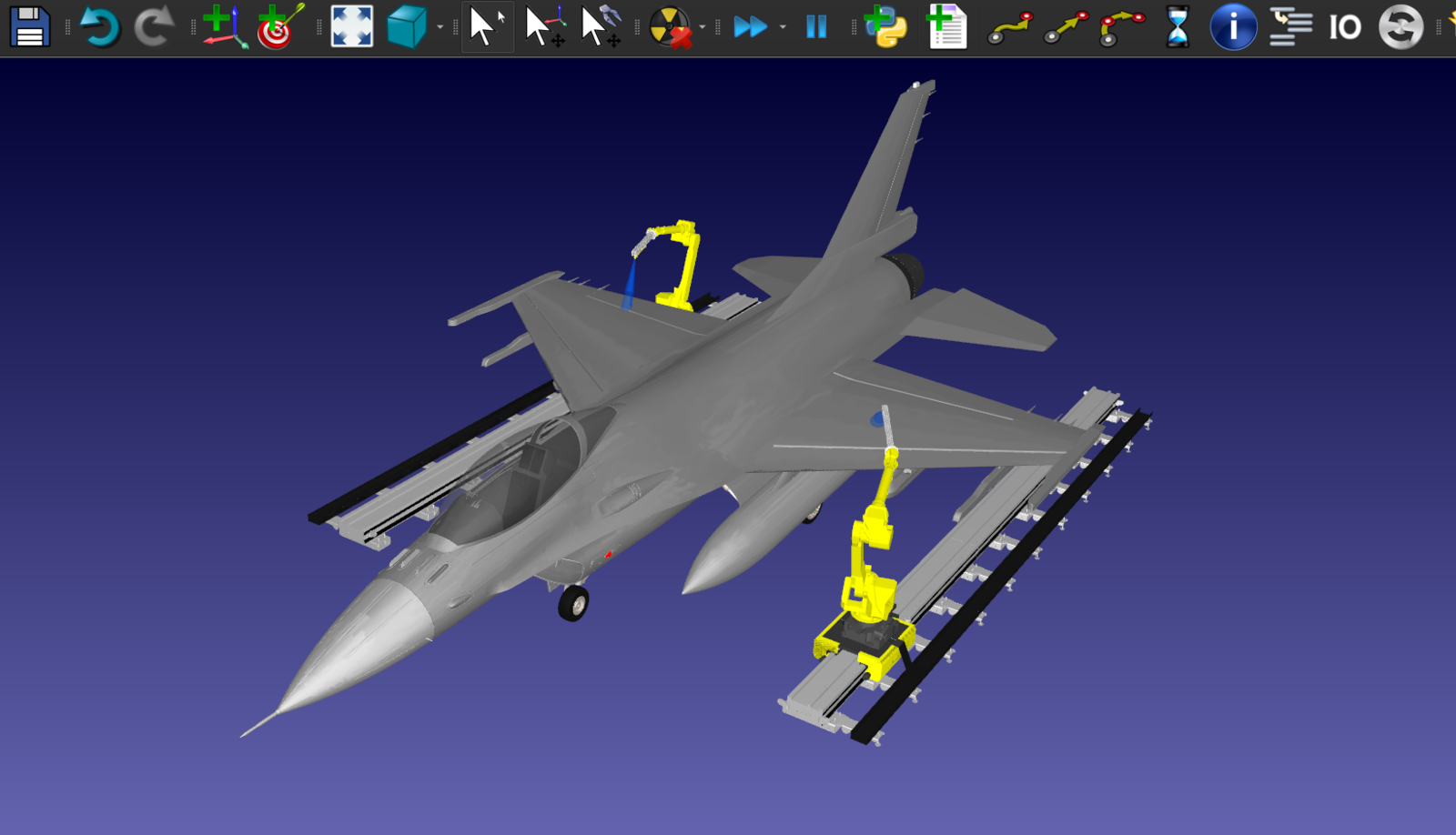 "Many RoboDK features were used in this single project," says Brouillard. " Wilder Systems used the "teach target on surface" feature to program the first half of the plane. They defined the right washing angles and simply clicked on the plate surface to define the robot trajectories.  To finish it up, they saved half the work by using RoboDK's Python API to mirror the programs for the second half of the plane."

Wilder Systems plans to use this same robotic platform for other sophisticated, time-consuming aircraft maintenance tasks including depainting and repainting, panel drilling, and non-destructive inspection.

They also plan to further improve the agility of the current system by mounting it into a mobile, autonomous platform, allowing them to perform operations throughout the flight line.

RoboDK plans to continue supporting innovative robotic applications like this one across various sectors. With their intuitive programming tools, users will be able to program robots even if they do not have extensive robotic experience.