SMB Technics, a leading Turkish producer of metal processing solutions for the manufacturing industry, was recently competing for a project that required them to propose and present a complete manufacturing solution. As part of the bidding process, SMB Technics had to demonstrate that they could deliver a solution that met the unique requirements of this prospective customer. To make their case and highlight the advantages of their offering, SMB Technics partnered with ONO Technology – an Industry 4.0 focused tech hub and Visual Components distributor in Turkey.

In this case study, we’ll tell you how these two companies used Visual Components to design, optimize, and validate a production layout and workflow and present a virtual model of their solution to the customer – in less than 2 weeks.

Established in Istanbul in 1974, Akim Metal is a Turkish group of companies with more than 40 years of experience in metal processing for global distribution. Under their brand SMB Technics, they produce single turning and double turret CNC lathes, as well as automatic loading and unloading systems.

Recently, SMB Technics competed for a project that required it to propose and present an end-to-end manufacturing solution with unique requirements. The prospective customer was a large metal forging and machining company that operates predominantly in the automotive market and has a large customer base. To optimize both the solution and the presentation, SMB Technics decided to conduct a simulation study and prepare a high-quality 3D simulation of its solution.

To support it in this endeavor, the company reached out to ONO Technology. Building partnerships with its customers to facilitate long-term collaboration, ONO Technology uses an engineering-based creative approach to determine clients’ pain points and quickly develop solutions that are presented in a digital platform. 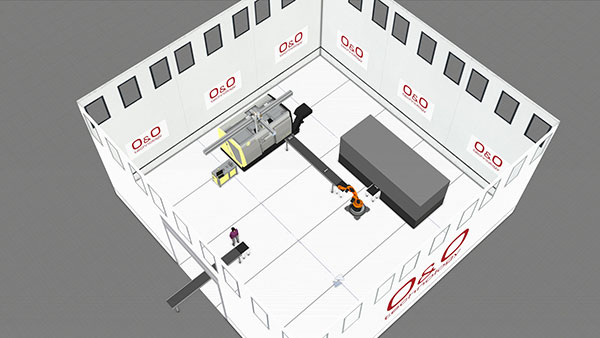 The customer operates in the fast-paced automotive industry where time to market plays a significant role in defining companies’ competitive advantage. For this reason, it wanted a solution that streamlined its primarily manual production process, which was operator-dependent and inefficient, with no automation and unstable cycle times.

One of the main challenges SMB Technics and ONO Technology faced was that the area designated for the new manufacturing line was limited. They knew they would have to be creative in how they used the space — as well as 100 percent certain of their layout calculations. “We decided to use Visual Components extensively throughout this project — as in addition to its other capabilities, it would allow us to digitally verify that the line would fit and operate properly in the space,” said Melih Kocaman, COO of ONO Technology.

To design a solution that met the customer’s requirements in regard to throughput, footprint, equipment utilization and budget, ONO Technology simulated several different scenarios based on SMB Technics’ input. The optimal solution the companies settled on was almost fully automated and used the latest in robotics technology. It consisted of two CNC lathes and two CNC milling machines, along with automatic loading and unloading robots. 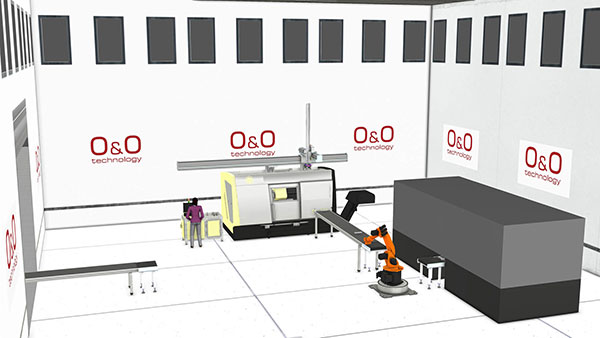 “A conveyor feeds metal parts into the cell, where a parts transfer robot then transfers the parts to a conveyor that feeds to the milling machine,” Kocaman explained. “An automatic loading and unloading system, consisting of a three-axis servo-controlled gantry robot and ladder-type loading unit, picks the metal parts from the conveyor and loads them into the milling machine. 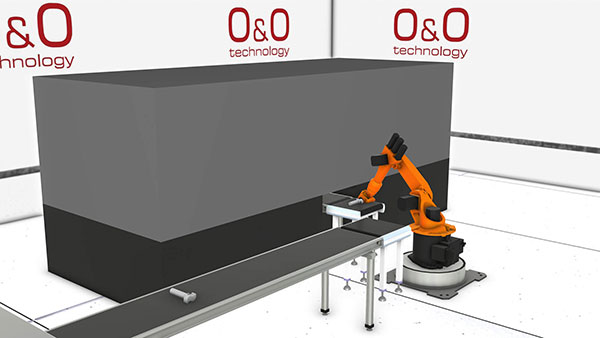 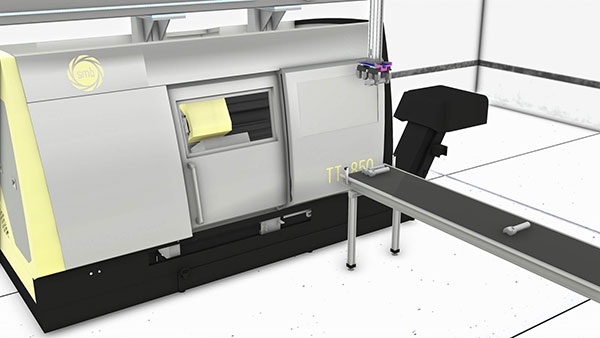 “Once the machining job is complete, the gantry robot unloads the metal part from the milling machine and places it into an inspection station,” he continued. “Following inspection, a worker transfers the parts to a conveyor that sends them to packaging.” 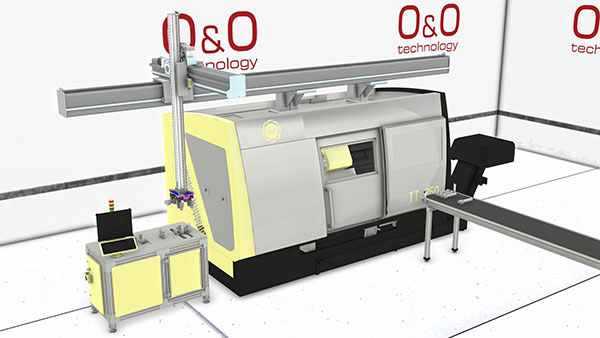 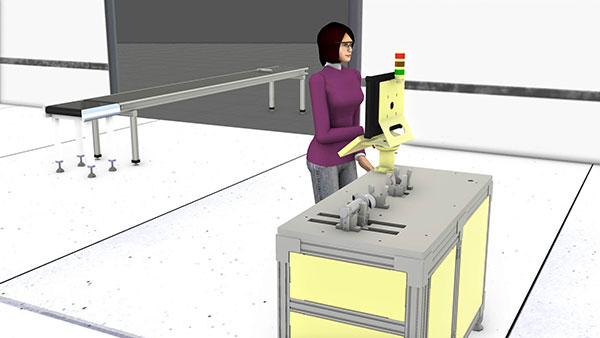 Since the presentation of the solution was critical to winning the project, ONO Technology used Visual Components to export high-quality simulation videos and 3D PDFs of their solution to share with the customer. And, to really make a statement, SMB Technics exported a virtual model of their simulation to give the customer’s board of directors a VR walkthrough of their new production facility.

We decided to use Visual Components extensively throughout this project — not in the least because it would allow us to digitally verify that the line would fit and operate properly in the space.

In large part thanks to Visual Components’ powerful modeling, layout planning, and simulation features, SMB Technics and ONO Technology were able to present the solution to the customer just two weeks after beginning the project. Together, the simulation videos, 3D PDFs and VR walkthrough made for a highly impactful presentation that earned SMB Technics and ONO Technology the customer’s business.

As Kocaman shared, “The accuracy of the solution and the realism of the presentation materials gave the customer full confidence in our ability to deliver a solution that met the unique requirements of their project.” 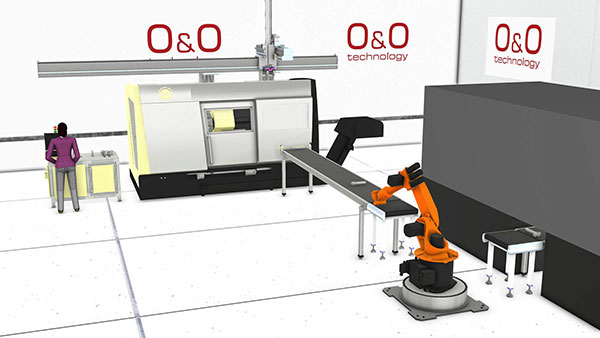 Thanks to this streamlined, innovative solution, the customer achieved its objectives for faster cycle times, improved quality and lower production costs. In addition, the company was pleased to have a solution that was completely designed in Turkey — from software to hardware — and delighted with the after-sales service. Ultimately, SMB Technics and ONO Technology delivered maximum productivity at an affordable price.

The accuracy of the solution and the realism of the presentation materials gave the customer full confidence in our ability to deliver a solution that met the unique requirements of their project.

Established in 2009, ONO Technology is an Industry 4.0-focused tech company based in Istanbul, Turkey. Its mission is to help manufacturers and producers keep up with the latest innovations in digital, IoT and robotics by combining global partnerships with proprietary technology and bringing disruptive technologies to Turkish manufacturing. The company’s past clients include leading manufacturers such as Unilever, Beko, and the Ford Motor Company.

KUKA invests in the factory of the future

Cutting and Machining Applications in OCTOPUZ