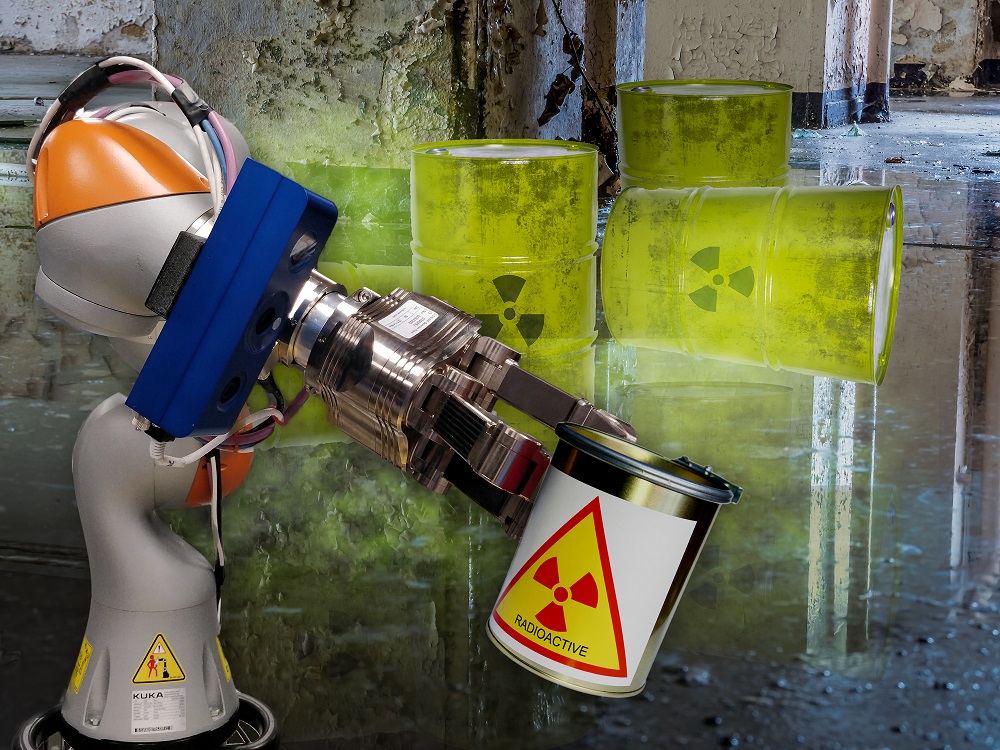 The decommissioning of nuclear facilities poses major challenges for operators. Whether decommissioning or safe containment, the amount of nuclear waste to be disposed of is growing at an overwhelming rate worldwide. Automation is increasingly required to handle nuclear waste, but the nuclear industry is reluctant of fully autonomous robotic control methods for safety reasons, and remote-controlled industrial robots are preferred in hazardous environments. However, such complex tasks as remote-controlled gripping or cutting of unknown objects with the help of joysticks and video surveillance cameras are difficult to control and sometimes even impossible.

To simplify this process, the National Centre for Nuclear Robotics led by Extreme Robotics Lab at the University of Birmingham in the UK is researching automated handling options for nuclear waste. The robot assistance system developed there enables "shared" control to perform complex manipulation tasks by means of haptic feedback and vision information provided by Ensenso 3D camera. The operator, who is always present in the loop can retain control over the robot's automated actions, in case of system failures.

Anyone who has ever tried out a fairground grab machine can confirm it: Manual control of grab arms is anything but trivial. As harmless as it is to fail when trying to grab a stuffed bunny, failed attempts can be as dramatic when handling radioactive waste. To avoid damage with serious consequences for humans and the environment, the robot must be able to detect the radioactive objects in the scene extremely accurately and act with precision. The operator literally has it in his hands, it is up to him to identify the correct gripping positions. 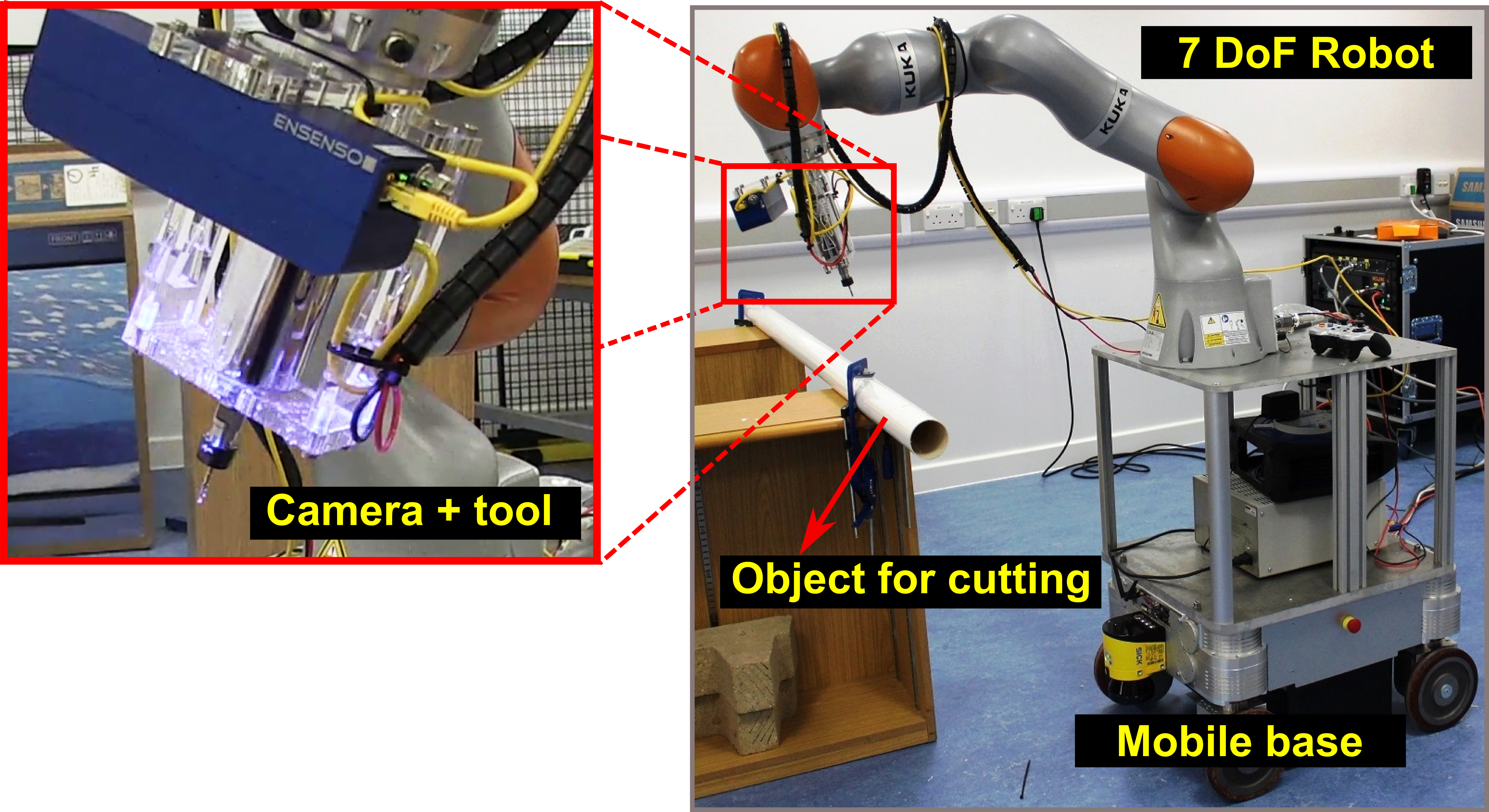 At the same time, he must correctly assess the inverse kinematics (backward transformation) and correctly determine the joint angles of the robot's arm elements in order to position it correctly and avoid collisions. The assistance system developed by the British researchers simplifies and speeds up this task immensely: with a standard industrial robot equipped with a parallel jaw gripper and an Ensenso N35 3D camera.

The system autonomously scans unknown waste objects and creates a 3D model of them in the form of a point cloud. This is extremely precise because Ensenso 3D cameras work according to the principle of spatial vision (stereo vision), which is modelled on human vision. Two cameras view the object from different positions. Although the image content of both camera images appear identical, they show differences in the position of the objects viewed. Since the distance and viewing angle of the cameras as well as the focal length of the optics are known, the Ensenso software can determine the 3D coordination of the object point for each individual image pixel. In this case, the scene is captured using different scanning positions of the camera and combined to get a complete 3D surface from all viewing angles. Ensenso's calibration routines help transform the individual point clouds into a global coordinate system, which improves the complete virtual image. The resulting point cloud thus contains all the spatial object information needed to communicate the correct gripping or cutting position to the robot.

The principle is similar to that of the skill game Mikado, where one stick must be taken away at a time without moving any other sticks. The determined path guidance enables the robot to navigate smoothly and evenly along a desired path to the target gripping position. Like a navigation system, the system supports the operator in guiding the robot arm to the safe grasp, if necessary, also past other unknown and dangerous objects. The system calculates a safe corridor for this and helps the operator not to leave the corridor through haptic feedback.

The system maps the operator's natural hand movements exactly and reliably in real time to the corresponding movements of the robot.  The operator thus always retains manual control and is able to take over in the event of component failure. He can simply turnoff AI and move back to human intelligence by turning off the “force feedback mode”. In accordance with the principle of shared control between man and machine, the system thus remains under control at all times - essential in an environment with the highest level of danger.

"For all our autonomous grasp planning, remote control and visual object tracking tasks, we use Ensenso N35 model 3D cameras with blue LEDs (465nm) mounted on the end effector of the robots along with other tools," says Dr Naresh Marturi. Most of the systems from the Extreme Robotic Lab have so far been equipped with a single 3D camera. "However, recently to speed-up the process of 3D model building we have upgraded our systems to use additional three scene mounted Ensenso 3D cameras along with the one on-board the robot."

Cameras of the Ensenso N camera family are easy to set up and operate via the Ensenso SDK. It offers GPU-based image processing for even faster 3D data processing and enables the output of a single 3D point cloud of all cameras used in multi-camera operation, which is required in this case, as well as the live composition of the 3D point clouds from multiple viewing directions. 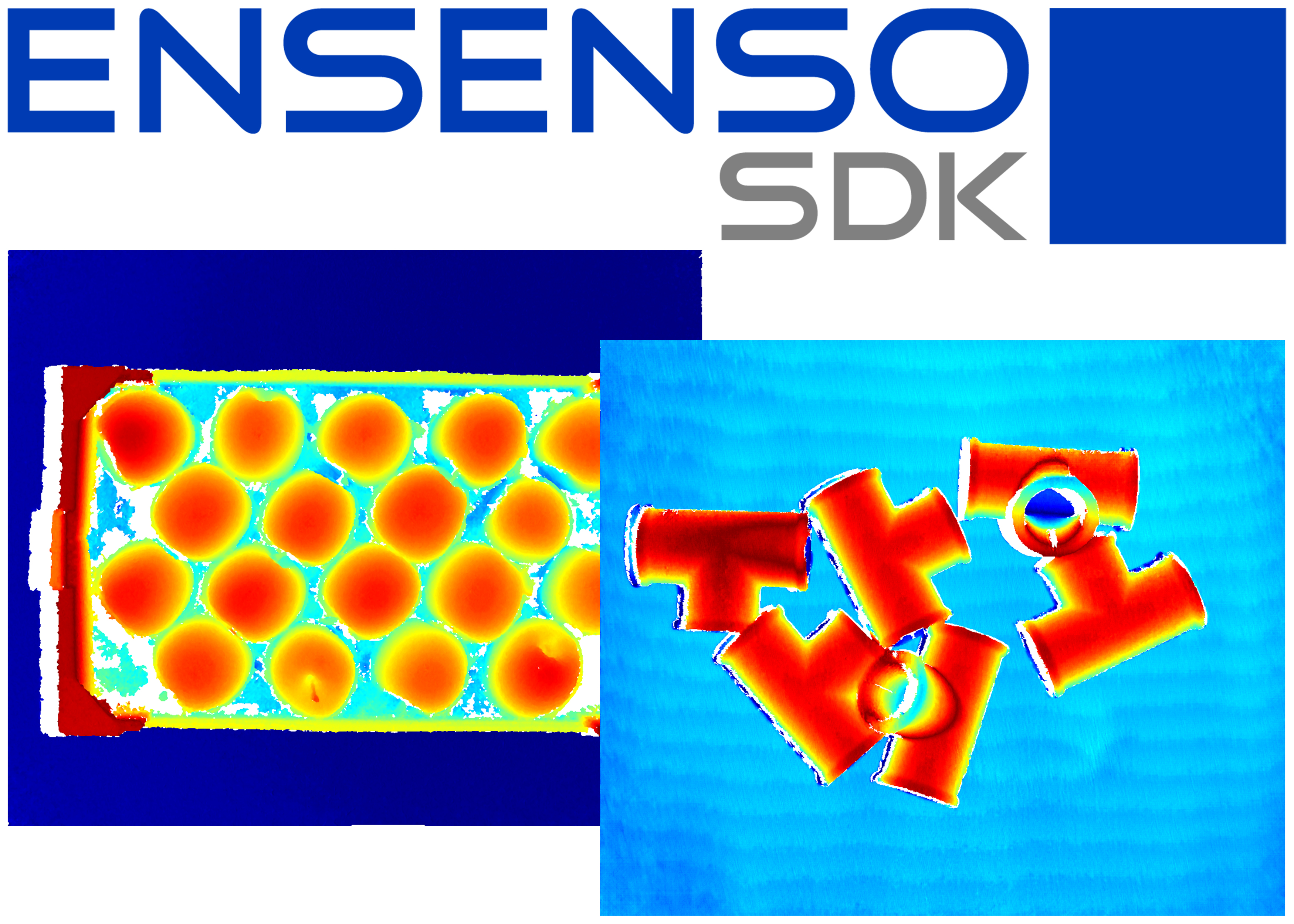 For the assistance system, the researchers have developed their own software in C++ to process the 3D point clouds captured by the cameras. "Our software uses the Ensenso SDK (multi-threaded) and its calibration routines to overlay texture on the high-resolution point clouds and then transform these textured point clouds into a world coordinate system," explains Dr Naresh Marturi. “Ensenso SDK is fairly easy to integrate with our C++ software. It offers a variety of straightforward functions and methods to capture and handle point clouds as well as camera images. Moreover, with CUDA support, the SDK routines enable us to register multiple high-resolution point clouds to generate high-quality scene clouds in global frame. This is very much important for us, especially to generate precise grasp hypothesis.”

Main advantages of the system:

This saves time and money, avoids errors and increases safety.

Researchers at the Extreme Robotic Lab in Birmingham are currently developing an extension of the method to allow the use of a multi-fingered hand instead of a parallel jaw gripper. This should increase flexibility and reliability when gripping complex objects. In future, the operator will also be able to feel the forces to which the fingers of the remote-controlled robot are exposed when gripping an object. Fully autonomous gripping methods are also being developed, in which the robot arm is controlled by an AI and guided by an automatic vision system. The team is also working on visualisation tools to improve human-robot collaboration to control remote robots via a "shared control" system.

This is a promising approach for the safety and health of all of us: the handling of hazardous objects such as nuclear waste is ultimately a matter of concern to us all. By reliably capturing the relevant object information, Ensenso 3D cameras are making an important contribution to this globally prevalent task of increasing urgency.