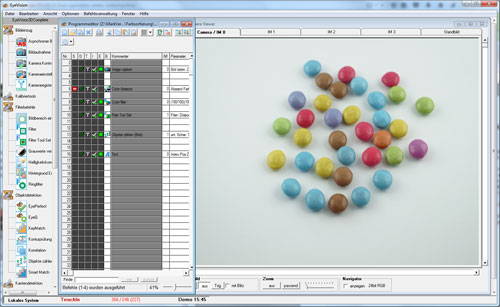 Also with the EyeVision image processing software the drops can be sorted according their color. And if this is possible for drops than it is also possible with black and green olives, green and red strawberries or also with green seedlings in the light brown color of the corn. 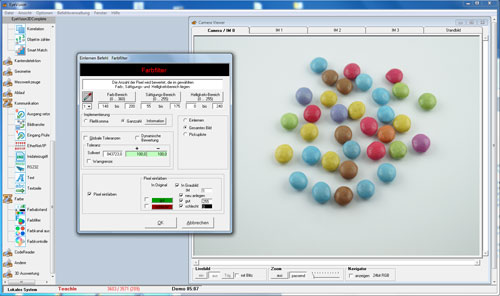 But not only food, but also e.g. wire harnesses can be separated into their different colors. Sorting according to colors is one of the easiest tasks for the EyeVision software.

Therefore here comes a short introduction to the color commands of the EyeVision software on an example with colors chocolate drops. 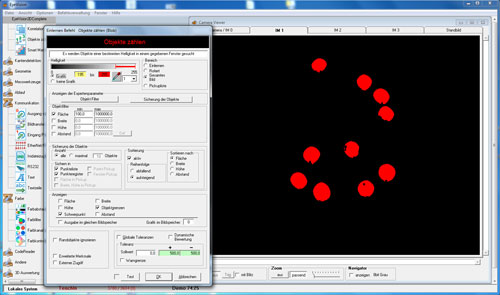 First, we need to capture a picture. With the Capture Image command an image can be either taken with a camera such as an EyeCheck smart camera, or you can load an image from file (figure 1).

Second, is the command Color Filter. There you can define a certain color, hue and saturation. In our example it is the color blue with a saturation of up to 175 and a hue of up to 240 (figure 2). With this characteristics only the blue chocolate drops are detected. And in no time at all the blue drops can be sorted or counted. If integrated in a sorting machine the EyeVision software can tell the machine, that e.g. the blue drops have to be rejected. The same method can be adopted to every other color as well. 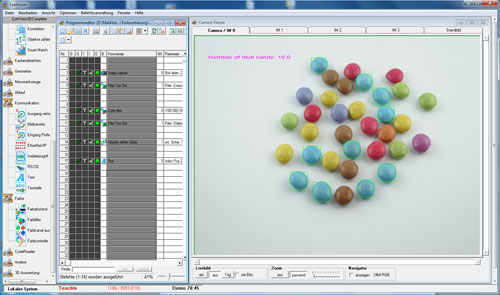 In this example the chocolate drops should not only be sorted according color but also the blue drops should be counted. For this to achieve there is the so called BLOB command, which counts objects according to a certain brightness and in this case also according to a certain color (figure 3). In our case there are exactly 10 blue drops, which are detected with the BLOB command (figure 4).

In summary, EyeVision can detect colored objects and determines their position, can sort and count defined objects. And this only a in a few steps.