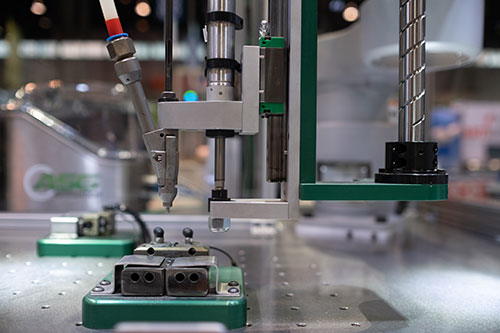 How to determine the true cost of robotics

Google Trends data demonstrates that web searches for the phrase, “how much does a robot cost?” have doubled since 2009. From heavy duty six-axis arms to SME-friendly collaborative models, robot pricing can vary as wildly as the specifications of each machine. Determining the total cost and return on investment (ROI) of a robot isn’t straightforward, as Nigel Smith, managing director of industrial robot supplier TM Robotics, explains.

Remember, the cost of deploying robotics can go far beyond the robot’s price tag. As well as installation costs, factories may need to build segregated work areas or additional backup power units before a robot can be deployed. That’s not to mention peripheral technology, such as sensors, variable robot grippers and any necessary mounting apparatus. When you factor in the robot’s engineering and maintenance costs too, budgeting isn’t always as easy as requesting a quote.

A report by the Boston Consulting Group suggested that, in order to arrive at a solid cost estimate for robots, customers should multiply the machine’s price tag by a minimum of three. Let’s say a six-axis robot costs $65,000, customers should therefore budget $195,000 for the investment. That said, should the robot require a more extensive equipment overhaul, such as the addition of auxiliary machinery or conveyors, a multiplication of four or five times the cost of the robot may be required.

Then, of course, there are variable costs to contemplate. These include the labour, energy, materials, ongoing maintenance and production supplies required to deploy a robot successfully. Due to the varying nature of manufacturing facilities, these costs can fluctuate dramatically depending on the industry sector and size of the operation. Plus, these costs are not always linear. Maintenance costs, for example, can change significantly during the machinery lifecycle.

Manufacturers can only calculate the ROI of an investment after establishing the robot’s total purchasing cost. Even then, manufacturers must consider several other elements, starting with robot use.

Consider the following example. A food manufacturer plans to use two SCARA robots to automate pick-and-place processes. The robots will run for three shifts a day, six days a week, 48 weeks of the year. The equivalent labor usually requires two operators per shift, equating to six operators to complete the same throughput over a working week.

Using the lower average salary of a US production operative as an example, at $25,000 per annum, removing these roles would reduce labor costs by $150,000 a year. However, even with the deployment of a robot, human labor is not entirely eliminated. A good rule-of-thumb for labor estimations alongside a robotic system is 25 per cent of current costs, reducing the total labor budget to an impressive $37,500 per year.

Minus this figure from the total robot purchasing cost we determined earlier, and manufacturers have an estimated ROI for the first year. Choosing a reputable supplier and robot manufacturer will also ensure the longevity of the machine, allowing users to reap these ROI rewards for years to come.

With this calculation in tow, the reward of robot investment clearly outweighs any risk.

That said, there are some flaws in this method of ROI calculation. Unless a longwinded procurement and production analysis is completed, many of these figures are estimates. What’s more, this process does not consider problems that could occur, such as equipment breakdown or unplanned downtime. For a true reflection of ROI, manufacturers should conduct a thorough cost analysis based on the operations of their facility, as well as a risk assessment.

But what about the complementary benefits of robots that aren’t considered in this calculation? Robots are predictable and therefore offer peace-of-mind for delivering productivity gains to improve a factory’s bottom line. For instance, eliminating the likelihood of human error in manufacturing processes can reduce scrap material, minimize reworks and improve the consistency of products. Each of these factors represent increases to a manufacturer’s profit, separate to the overarching ROI of the robot.

Search queries for robot pricing are increasing, demonstrating a growing demand for productivity gains through robotic deployment. In fact, according to the Annual Manufacturing Report 2019, over three quarters of manufacturers are ready to invest in new technologies to boost productivity. No doubt, robots will be among these investments.

Good quality robots are interminably predictable and offer peace-of-mind for financial returns. As manufacturers consider investing in robotic technology for productivity, it’s vital they have a clear grasp of ROI validating purchasing decisions.

For further guidance on calculating robot ROI, or help deciding on the correct robot for your application, speak to the experts at TM Robotics, supplier of Toshiba Machine robots.