Why Small Businesses Are Investing in Robots 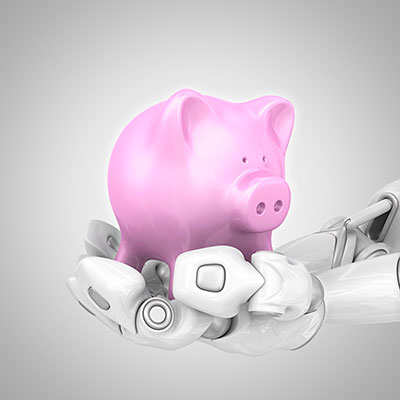 Robots are making a tremendous impact in manufacturing. According to the Boston Consulting Group, the U.S. industrial sector will see extraordinary growth in robotics by 2025. Robotic automation will drive an average 16% decline in manufacturing costs across 25 major economies around the world.

The shift has already begun, with many brands “reshoring” to the United States. From a renewed U.S. presence, market-leading brands can develop automated manufacturing plants with economies of scale. That, in turn, will reduce the attractiveness of off-shore sites.

Robots are reducing labor costs, which leads to lower manufacturing costs and more “Made in America” labels for large and mid-sized businesses.

As with any opportunity, early adoption and effective implementation will determine competitive advantage. With the right strategy, however, small businesses can use robotics to differentiate themselves from the competition.

In manufacturing, businesses with fewer than 100 employees and less than ten robots are considered “small businesses.” Though they face unique challenges, robotics is one way they can level the playing field against entrenched market rivals.

Today’s robots cost as little as $20,000, making them accessible to smaller enterprises. Robots aren’t limited to conventional heavy manufacturing, after all: Toys, jewelry, and many other goods can be fabricated quickly and cost-effectively.

In some cases, an entire strategy can be developed around a single robot. With the right configuration, a robot produces finished goods at a much faster rate than hand-crafting or assembly lines. Costs can be contained further by adopting an on-demand model.

Although robots are generally quite large, they can be used in a fraction of the space required by a conventional manufacturing shop floor. This means companies can invest less in large facilities and may be able to relax spending on some environmental controls.

Robots have not replaced humans, but they’ve added value to hiring. With automatable tasks going increasingly to robots, human experts can focus on high-value activity. This can reduce overall hiring while providing a better workplace experience.

Businesses of all sizes are poised on the brink of a new robotic age. With a proactive approach to robotic automation, small businesses can now access a fortune in productive capabilities.