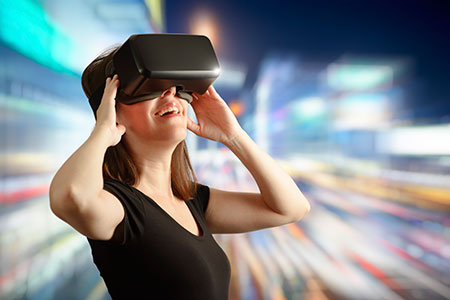 What is Virtual Reality?

With Facebook investing $2 billion on VR startup Oculus Rift, it’s a question attracting more attention. Virtual reality has the potential to transform the way we access and interact with information – making even disruptive technologies like the smartphone seem tame.

VR is different from other technologies thanks to the intersection of two factors: Interactivity and immersion. While phones and gadgets offer interactivity, immersion – providing users with depth and breadth of information comparable to sensory experience – is a new frontier.

Of course, virtual reality has been a mainstay of science fiction for decades, and many engineers have contributed to making it a reality. Now, however, it’s closer than ever. Advanced imaging technology is a big part of the reason why.

In a true VR application, users must be able to do two things:

The perceived spatial orientation of visual and sound data must change as the user “moves.” If there’s any delay, the sensory illusion will be broken. This means even the simplest virtual reality must be realized in a sophisticated, low-latency environment. It also means integrated imaging technology is essential to a system’s performance and limitations. 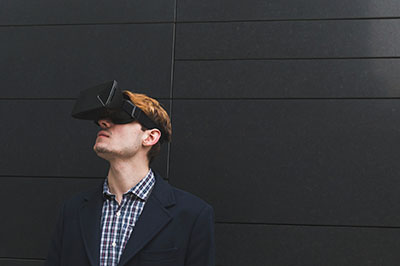 As in conventional electronic “environments,” like games, the interface provides a frame of reference for what you see and hear at any given time – elements of the simulation that are outside your perspective effectively don’t exist until you access them.

What makes virtual reality so impressive is the integration of an imaging apparatus, blurring the line between the user’s physical presence and the idea of an “interface.” In the past, virtual reality was realized through a simple head-mounted display that played prerecorded visuals, but these were limited in what they could simulate.

“Tricking” the user’s mind into accepting the presence of a 3D environment is a core goal of VR. Moving beyond HMDs of the past, some systems project a virtual environment on the walls and floor of a purpose-built physical space, integrating sophisticated virtual handsets for interaction: These are called CAVEs – Cave Automatic Virtual Environments.

Oculus Rift, the company recently purchased by Facebook, builds on these ideas using goggles with embedded sensors. These accurately track user movements so the environment can shift in real time. Recent versions of the system incorporate an external position tracking sensor that may someday be able to accurately predict motion as well. Working together, they create a cohesive 3D illusion.

Virtual reality is complex, but imaging technology is what truly makes it possible.