What are the Benefits of Minimally Invasive Robotic Surgery?

The da Vinci Surgical System, #surgicalrobot, translates the surgeon’s hand movements in real-time, bending, and rotating the instruments during the procedure. #surgicalrobotics 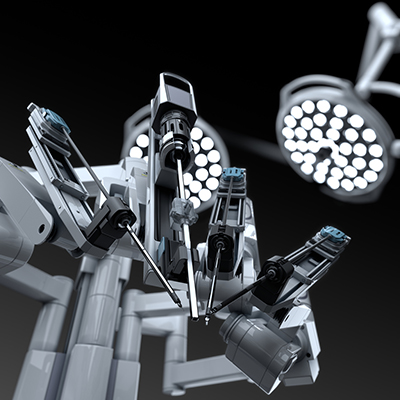 Instead of operating on patients through large incisions, doctors now have robotic surgery as an available option. Robotic surgery lets doctors perform many complex procedures with more precision, flexibility, and control than they could with conventional techniques.

What Is Robotic Surgery?

Robotic surgery is a minimally invasive surgery that uses miniaturized surgical instruments that fit through a series of quarter-inch incisions. No, the robot does not perform the surgery. The surgeon uses instruments guided by a console.

A surgeon can control the instruments from a console in the operating room. By placing his fingers on the master controls, he can operate the four arms simultaneously while looking through a high-def monitor that gives him a better, more detailed 3D view than his own eyes could provide.

The da Vinci Surgical System was approved by the Food and Drug Administration in 2000. Hospitals in the U.S. and Europe quickly adopted its use for treatment of a wide range of conditions. Surgeons can perform more delicate, complex procedures. The da Vinci system translates the surgeon’s hand movements in real-time, bending, and rotating the instruments during the procedure.

Robotic Welding: Improving the Performance of Your Automated Welding Processes

Discover the growing possibilities of robots in the medical field by reading Robotic Surgery: The Role of AI and Collaborative Robots.