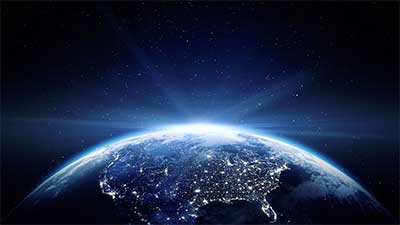 Worldwide, robots are appearing in factories and other workplaces. Used correctly, they can quickly complete repetitive tasks or operate in environments where humans can't. But robots aren’t just found here on Earth – they are also essential to the exploration of space.

Though humanoid robots receive lots of attention, many of the rovers that have long served as a cornerstone of space exploration are also true robots. Early lunar rovers were essentially remote controlled vehicles, but today’s rovers have a wide variety of automated features that let them interpret and adapt to environmental changes.

The Mars Curiosity Rover is one of these advanced vehicles. It can:

Its main mission continues to be the study of the Martian landscape to uncover signs microbial life once dwelt there. It maintains a full suite of scientific equipment and an advanced robotic arm for interacting with samples it discovers.

At the time of this writing, the Curiosity rover has operated on Mars for more than four years. When it was launched, it was only expected to operate about two years. It has run into challenges over time and even gone silent for long periods, but remains functional.

Curiosity is so successful that it will serve as the basis of the Mars 2020 rover. 2020 will be about the size of a car and offer enhanced versions of Curiosity’s capabilities.

The First Humanoid Robot in Space is Ready for Action

Robonaut 2 became the first humanoid robot in space on February 11th, 2011, when it reached the International Space Station after 15 years of planning and development. It was named NASA's Government Invention of the Year following the remarkable feat.

Robonaut 2 follows in the steps of Robonaut 1, a ground-based prototype intended to help astronauts on spacewalks. In addition to huge implications for space travel, R2 inspired industrial-grade robotic exoskeletons and telemedicine technology.

During its mission, R2 worked freely alongside its human counterparts without a safety cage. It also proved able to manipulate human-rated tools in space. In the near future, robots like R2 could become space exploration pioneers in their own right!