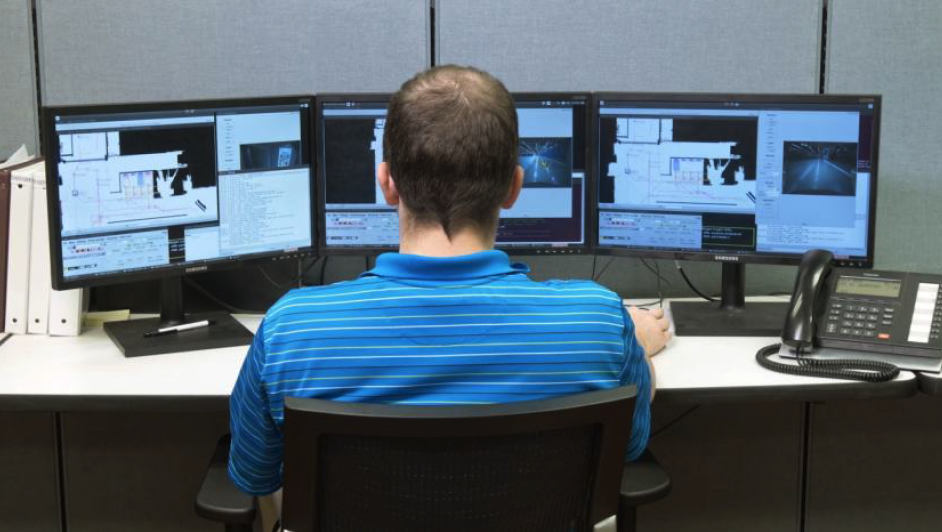 By definition, autonomy is the “freedom from external control or influence; independent.” In the world of autonomous mobile robots, it’s come to mean that it carries out its mission with zero to minimal involvement from people.

To function, autonomous robots require core technical elements -- such as a locomotion system, mapping, navigational algorithms, and environmental-sensing technology. Put them together, and you have a robot that can successfully navigate around people and interact with its environment.

Yet, the real world is a dynamic and unpredictable place and this reality is magnified logarithmically when a machine has to decipher it. Even with an array of sophisticated well -tuned technology, things happen that an autonomous system can’t understand or resolve. Even when constrained to navigating more predictable indoor spaces, the unexpected happens such as an electronic door that fails to open as it should, obstacles completely blocking its path or preventing access to its charging station. In these situations, how should an autonomous machine react and respond?

Over a decade ago, there was an “ah ha” or “eureka” moment at Aethon. One of the biggest technology breakthroughs occurred when we realized that achieving 100% autonomy was both impractical and intractable.

Was Total Autonomy Really the Goal?

Complete autonomy was impractical in the sense that creating an ever-sophisticated machine would outstrip any hope of providing an affordable robot able to generate a positive return on investment – or ROI. A positive ROI is obviously critically important when it comes to creating a market for a new product category that improves productivity as one of its main value points.

Complete autonomy was also intractable from a technology perspective. Even the most sophisticated capabilities would be insufficient to address 100% of the known and unknown universe of events that could potentially confound an autonomous mobile robot. To address this dilemma, autonomy purists made (and will likely continue to make) theoretical arguments suggesting these problems could be overcome by simply increasing the sophistication of automation, sensing technologies and software, and by stacking and weaving more of this technology together. They will opine that we simply haven’t reached the end of the technology rainbow. They will attempt to argue away all of the nuances and quirks of today’s autonomous vehicles and the environmental constraints to which they are subjected and predict those will fade as a matter of time, regulation and increasing technology sophistication.

Without a doubt, technology will improve and advance. New regulations and standards will also help improve autonomic effectiveness. But when Aethon released its autonomous robot platform over 12 years ago, we were not in the position to wait for the technology pot-of- gold at the end of the autonomy rainbow. The hard reality necessitated a solution to the autonomy gap that would be scalable, effective and cost sensitive. We also knew it was vital to ensure our robot wasn’t a distraction or hindrance to the people working around it.

Our solution was to develop a software system and algorithm set that would allow people to be connected to the robots and efficiently monitor them 24/7/365, and respond instantly if conditions required it. We knew there would a small number of edge cases that would be best for a person to address. We (or our customers) can even take remote control of the robot if necessary. We didn’t consider this a Band-Aid or crutch for nascent technology, but a vital component to make autonomous mobile robots effective and successful well into the future. This model of augmented autonomy has been recognized by multiple industry leaders, including IDC, as necessary to advance autonomous robots successfully in the long-term.

A similar approach is now being taken by others in the autonomous mobility space. Most recently at CES 2018, Phantom Auto demonstrated remote-controlled cars, with the objective to use this

technology to augment and support autonomous cars. Their CEO, Shai Magzimof, has concluded there is a need to augment autonomy in order to address the last 5% of the puzzle. They believe that inserting a person into the situation remotely is the right way to do that.

Likewise, General Motors is developing a self-driving version of the Cruise with no steering wheel. They claim it will be connected to a command center that will allow a person to take control of the vehicle if necessary.

Goggle’s autonomous car division, Waymo, is building a real-time command center. They cite specific challenges when autonomous cars encounter tricky or confounding situations. They have concluded there will be situations in the foreseeable future that require human intervention. For example, they discovered their cars had trouble making left turns without a light, navigating cul-de-sacs and large mall parking lots -- so much for traveling in the suburbs! Their autonomy needs to be augmented, and to do so they will staff a command center to address issues when the cars signal for help. By remotely monitoring the vehicles, they hope to be able to eliminate human drivers from their cars. They will also use the command center to satisfy legislation that requires that a licensed driver has responsibility for the cars and can take control if needed.

Another example, the prototype T-Pod by Einride, is an autonomous (and electric) cargo hauler that claims to be able to carry 15 pallets and 20 tons. There isn’t a cab for a driver to sit – yet T-Pod employs a hybrid driverless approach through a similar command center concept. It will allow for remote control of the truck when on city roads and whenever situations arise that necessitate human intervention.

Unlike the vast majority of current autonomous cars, the Aethon TUG robot has always been driverless. This may seem obvious, since it would be absurd to think we add a sidecar so a person can ride along “just in case” something happens. Removing the necessity of human involvement was precisely the reason our autonomous solution included a command center from the start. Autonomous car makers can theorize about the car becoming 100% autonomous someday, all while having the safety blanket and option of a driver physically present. Aside from the absurd sidecar option, we had no such luxury. The list of challenges Waymo describes, the business Phantom Auto is creating, and the bold approach GM is taking, underscore the value of a connected command center.

We are glad we addressed this challenge early-on in our product development and we’re excited to see it catching on. . To us, it’s clear that the success of autonomous machines requires people to be more involved in and interact with autonomous robots than many have thought.