An Introduction to Collaborative Robots 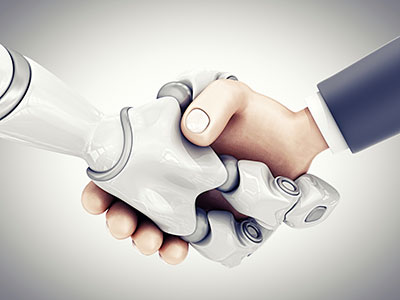 Many people imagine robots as adapting to virtually every task, performing tirelessly and accurately. In the real world of industrial robotics, this ideal hasn’t been achieved yet – but robots are becoming more versatile. One of the best indicators is the collaborative robot movement. Collaborative robots use special designs or systems to overcome some barriers to operating safely with humans. With the release of ISO/TS 15066, detailed safety standards are available for the development of such robots.

How is a Collaborative Robot Different from a Regular Robot?

Until recently, the concept of the “collaborative robot” remained a bit hazy. As a rule of thumb, it was assumed the term referred to any robotic device that could operate outside a safety cage.

This feature is used for robotic systems requiring limited human interaction. When a human enters the robot’s defined workspace, the robot ceases all movement. The system does not shut down, and it can continue operations once it detects human departure. With minimal, infrequent interruptions, this can still be efficient.

Conventional industrial robots can be made compatible with hand guiding using a specialized sensor. In hand guiding, a human worker teaches the robot the path to follow by applying manual force. This allows a robot to execute “pick and place” quickly and without safety caging. Other applications still require safety precautions. 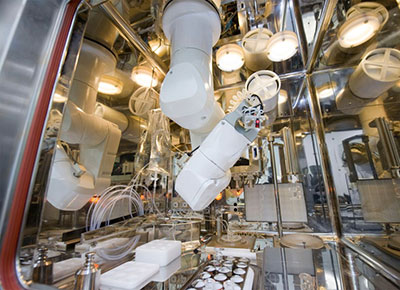 For collaborative robots around many humans, a sophisticated machine vision or laser system monitors the surroundings. Using the system, multiple safety zones can be active at any one time. When a human enters a designated safe zone, the robot slows down. Should the person continue to approach, the robot stops.

This is the kind of robot that works alongside humans without caging. It's programmed to execute a full stop when it detects an overload in force in its path – like a person in the way. To reduce impact forces, most of these robots are fairly round in design.

Being collaborative is not about what functions the robot performs, but how it performs them. Collaborative applications are growing in popularity and importance throughout the industrial sector. In the near future, virtually all robots in otherwise human-friendly environments may be collaborative.